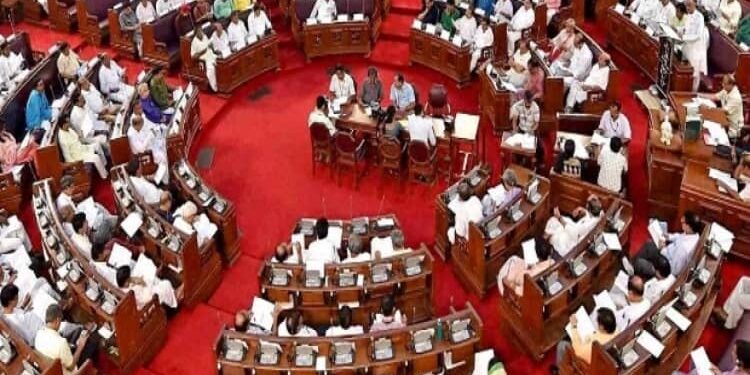 The Lok Sabha Secretariat officially released the schedule for the monsoon Parliament session that starts on September 14, with Question Hour being dropped, in view of the COVID-19 pandemic. Opposition leaders had written to the Speaker not to curtail Question Hour as it amounted to “encroaching upon a member’s right” and denied them an opportunity to question the government. Further, in view of the pandemic, private members’ business, usually fixed for every Friday, has also been skipped and the zero hour has been restricted.

The session will have staggered timings to accommodate members of one House in both chambers and follow strict physical distancing norms. On the first day, the Lok Sabha will have proceedings from 9 a.m. to 1 p.m. From September 15 to October 1, it will sit from 3 p.m. to 7 p.m. Similarly, on September 14, the Rajya Sabha will sit from 3 p.m. to 7 p.m. From the second day, it will transact business between 9 a.m. and 1 p.m. The two-hour break between 1 p.m. and 3 p.m. would be used to disinfect both the chambers. The session will have 18 sittings, which includes two working Saturdays and Sundays each, and will end on October 1.

‘The Question Hour was cancelled in the past when Parliament was called for a special sitting, but the upcoming monsoon session is a regular session’, said the opposition leaders. Further, it will prevent lawmakers from raising issues of national importance. Question Hour is the liveliest hour in Parliament. It is during this one hour that Members of Parliament ask questions of ministers and hold them accountable for the functioning of their ministries. The questions that MPs ask are designed to elicit information and trigger suitable action by ministries. Over the last 70 years, MPs have successfully used this parliamentary device to shine a light on government functioning. Their questions have exposed financial irregularities and brought data and information regarding government functioning to the public domain.

Parliamentary rules provide guidelines on the kind of questions that can be asked by MPs. Questions have to be limited to 150 words. They have to be precise and not too general. The question should also be related to an area of responsibility of the Government of India. Questions should not seek information about matters that are secret or are under adjudication before courts. It is the presiding officers of the two Houses who finally decide whether a question raised by an MP will be admitted for answering by the government.

In parliamentary parlance, Zero Hour is the time gap between the end of Question Hour and the beginning of regular business. In simple terms, it is a time slot allotted by the Parliament when MPs are allowed to raise issues of public importance urgently. For raising matters or asking questions during the Zero Hour, MPs must give a notice before 10 AM to the Speaker/ Chairman on the day of the sitting. Since Zero Hour is not mentioned in the Rules of Procedure, it provides an informal way to raise matters without a mandatory prior notice of 10 days. Zero Hour was introduced in the sixties by the ninth Speaker of the Lok Sabha, Rabi Ray with an idea to create a more informal way and opportunities for the members to raise matters of urgent public importance.