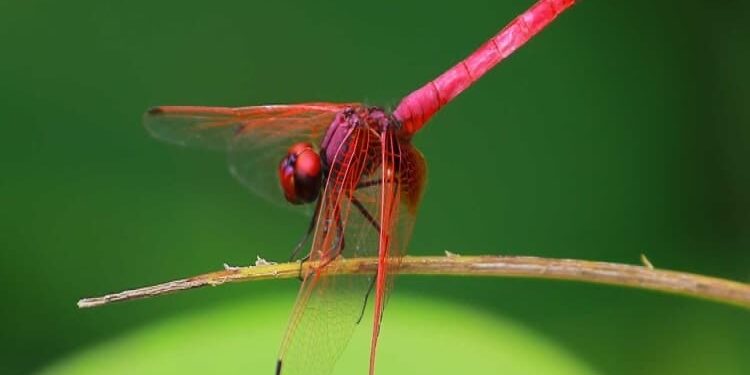 WWF-India Kerala State unit has joined hands with the Society for Odonate Studies (SOS) and Thumbipuranam for the first-ever State Dragonfly Festival in Kerala, christened Thumbimahotsavam 2020. This is part of a national dragonfly festival being organised by the WWF India, Bombay Natural History Society & Indian Dragonfly Society in association with the National Biodiversity Board, United Nations Environment Programme, United Nations Development Programme and IUCN – Centre for Environment Conservation.

‘Pantalu’ is the official mascot of the festival. As part of the festival, various programmes will be rolled out in the coming months to reach out to various sections of society. Initially a training of trainers will be organised to get more people trained on dragonflies so that they can act as resource persons for various upcoming events. This will be followed by a series of webinars commencing from September targeting the public, especially children and youth.

A ‘dragonfly backyard watch’ has been announced to enhance the participation of people and improve their observation skills, and this will turn into a citizen science project during COVID-19 restrictions. A social media campaign is on to spread the message around. A field guide on common dragonflies of Kerala and a children’s dragonfly colouring and activity book are also under development. A digital odonate knowledge hub will also be established under the SOS/ Thumbipuranam Facebook page, which will host all available materials in the form of scientific papers, posters, videos and stickers. Various competitions will also be organised. The festival will culminate with the State Dragonfly Summit, most probably in January.

[The Society for Odonate Studies (SOS) was founded in 2019 by a small group of odonate enthusiasts and citizen scientists. The society is registered under the Travancore – Cochin Literary, Scientific and Charitable Societies Act, 1955. The area of operation of the Society will be all the states and union territories of India].