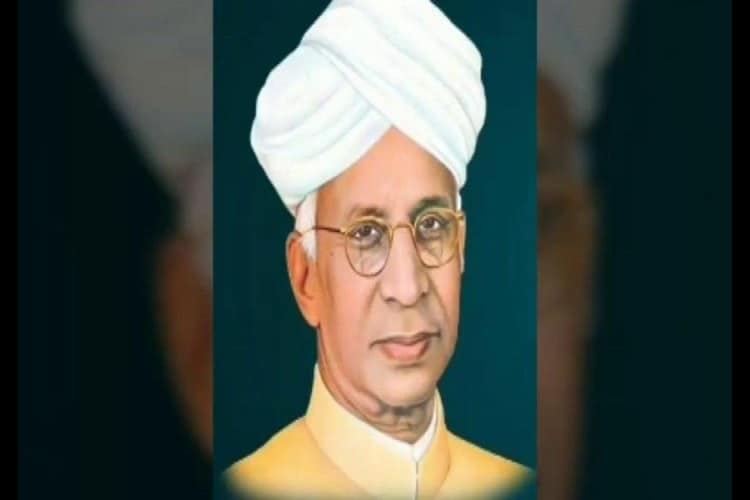 Dr S Radhakrishnan’s birth anniversary is celebrated as Teacher’s day in India since 1962. He was the 1st Vice President of India and the 2nd President of the country. A teacher from Mysore University and a popular mentor throughout India is the man behind the celebration of Teachers day. Dr Sarvepalli Radhakrishnan was born on 5 September 1888 at Tiruttani, Tamil Nadu. Teacher’s day is celebrated because it was the second President’s idea to do so. His students wished to celebrate his birthday but he wanted them to dedicate the day to all the teachers of the country.

He completed his education by winning scholarships, despite facing a lack of finances. After completing his MA in Philosophy in 1908, Dr Radhakrishnan taught this subject at Madras Presidency College. He then held the post of Vice-Chancellor of Andhra University from 1931 to 1936, followed by Vice-Chancellor of Banaras Hindu University (BHU) in 1939, succeeding Madan Mohan Malviya. Dr Radhakrishnan was a scholar and was knighted in 1931 to be addressed as Sir S Radhakrishnan till the time India gained independence. He was also named as Spalding Professor of Eastern Religions and Ethics at the University of Oxford. Also, he was elected as the Fellow of the All Souls College.

He was awarded Bharat Ratna in 1954. In the same year he received the German “Order pour le Merite for Arts and Science” and in 1961 the Peace Prize of the German Book Trade. In 1963, he also received the Order of Merit and in 1975, the Templeton prize for promoting the notion of “a universal reality of God that embraced love and wisdom for all people”. He donated the entire prize money to Oxford University. Dr Radhakrishnan said that “teachers should be the best minds in the country.” When Dr Radhakrishnan became the President of India, he accepted only INR 2500 out of INR10,000 he received as his salary only to donate the rest of the amount to the Prime Minister’s National Relief Fund every month.