Dr. B R Ambedkar and his contributions 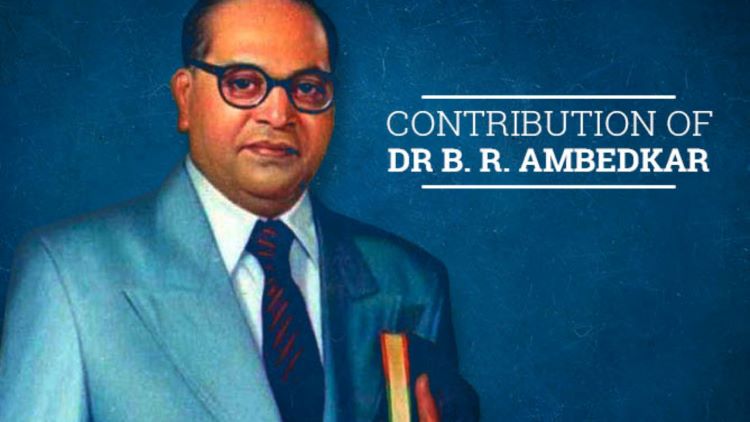 Placing it in the syllabus: Modern Indian history

His movement for Rights of Dalit and Marginalized community

His contributions to Dalit empowerment

Along with forming many organizations for the empowerment of the Dalit Ambedkar also put emphasis on;

Education: He said that “It is the education which is the right weapon to cut the social slavery and it is the education which will enlighten the downtrodden masses to come up and gain social status, economic betterment and political freedom” In 1923 Baba Saheb founded ‘Bahishkrit Hitkarni Sabha to spread education among marginalized and to improve their economic conditions. He gave the slogan: “Educate-Agitate-Organize”.

Changing hierarchical structures of Indian society: Dr. Ambedkar devoted his whole life to fight for the annihilation of caste by proliferating a movement against the evils of the caste system. Being himself a Dalit, he made all his efforts to change the hierarchical structures of Indian society and restoration of equal rights/justice to the marginalized and abolition of Untochability. He stood for a complete reorganization and reconstruction of the Hindu society on the principle of equality free from castism. He advocated equality of opportunity. He opted for peaceful and constitutional methods for the sake of resolution of the social problems.

He advocated a society based on three fundamental principles of liberty, equality, and fraternity: Dr. Ambedkar was a remarkable liberal crusader who realized the ideological hollowness of the Dalit Movement and provided necessary ideology to it. He created awareness among depressed classes to have a graceful life.

Reservation in the election: He represented the untouchables in the Round Table Conference in 1930. Due to his consistent ceaseless efforts, the Harijans were granted reservation of seat in the elections.

Bringing Untouchables to the mainstream of Indian society: His programs were focused on mainstreaming the Untouchables into Indian society. He fought not only for equal status of Varna but for social, economic and political equality as well as equal opportunity to all. His ideas & programs set forth concrete proposals for the removal of untouchability and the empowerment of the downtrodden. Dr. Ambedkar demanded justice to untouchables and other weaker sections of the society via making provisions in the Indian Constitution.

His role in framing Constitution

His role in the round table conferences