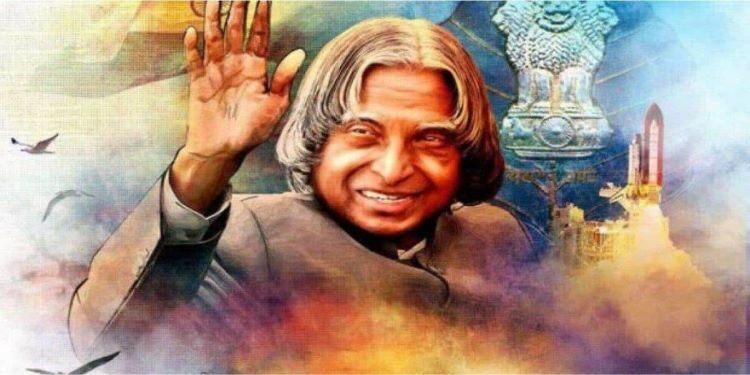 His contributions: As aerospace scientist

His contributions:As Advisor to Govt of Ondi & Nuclear technology

His contributions to Bio-medical area:

Kalam was elected as the 11th President of India in 2002 with the support of both the ruling Bharatiya Janata Party and the then-opposition Indian National Congress. Widely referred to as the “People’s President” he returned to his civilian life of education, writing and public service after a single term.

Dr. Kalam took up academic pursuit as Professor, Technology & Societal Transformation at Anna University, Chennai from November 2001 and was involved in teaching and research tasks. Above all he took up a mission to ignite the young minds for national development by meeting school students across the country.

He was passionate about bringing rural prosperity through PURA, in which science and technology has to play a key role.

Following are some of the Books of Dr. APJ:

Wings of Fire, India 2020 – A Vision for the New Millennium, My journey and Ignited Minds – Unleashing the power within India, Indomitable Spirit, Guiding Souls, Envisioning an Empowered Nation, Inspiring Thoughts, Children Ask Kalam, You are born to blossom, Family and the Nation, Life Tree and The Luminous Sparks etc

Dr. Kalam is one of the most distinguished scientists of India with the unique honour of receiving honorary doctorates from 48 Universities and institutions from India and abroad.

He has been awarded with the coveted civilian awards – Padma Bhushan (1981) and Padma Vibhushan (1990) and the highest civilian award Bharat Ratna (1997).

The Royal Society, UK has awarded Dr Kalam with the King Charles-II Medal for Science and Technology in October 2007. He received the Woodrow Wilson Award in 2008. The Royal Academy of Engineering, London conferred on him the International Medal 2008 in June 2009 at London etc

Island in his name: Wheeler Island, a national missile test site in Odisha, was renamed Abdul Kalam Island in September 2015.

Plant species: In February 2018, scientists from the Botanical Survey of India named a newly found plant species as Drypetes kalamii, in his honour