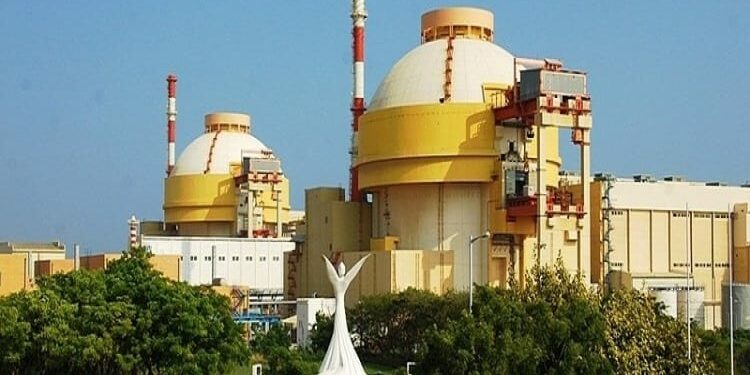 India has a largely indigenous nuclear power program. Because India is outside the Nuclear Non-Proliferation Treaty due to its weapons program, it was for 34 years largely excluded from trade in nuclear plants and materials, which hampered its development of civil nuclear energy until 2009. Due to earlier trade bans and lack of indigenous uranium, India has uniquely been developing a nuclear fuel cycle to exploit its reserves of thorium.

Distribution of the Atomic Power Plants

. It is located in the Tamil Nadu and is the highest-capacity nuclear plant in India, with a total of 2,000MW currently installed with a further 2,000MW under construction.

. The Tarapur Nuclear Reactor in Maharashtra is the oldest nuclear facility in India, having commenced commercial operations in 1969.

. The reactor is currently the second most powerful in India, with two BHWR of 160MW and two PHWR reactors of 540MW forming a total of 1,400MW.

. It has a total installed capacity of 1180MW. Formed of six PHWR reactors with two more reactors planned, the first reactor was commissioned back in December 1973.

. Kalapakkam has a prototype fast breeder reactor (PFBR) which does not produce highly radioactive nuclear waste and can produce 70% more energy.

. It has two PHWR which offer a total capacity of 440MW.

. Narora is considered one of the safest nuclear plants in the country and won a Golden Peacock award for environment management in the year 2000.

. The power plant in Gujarat, Western India has two PHWR reactors with a total installed capacity of 440MW. 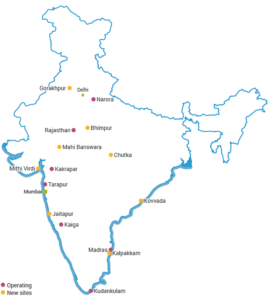