Discovery of Most Distant Quasar 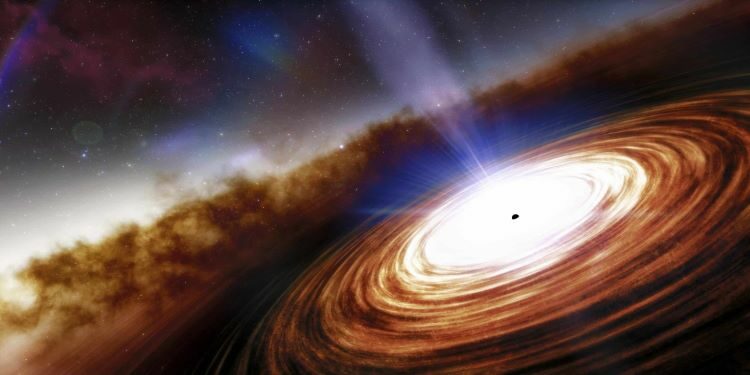 In news : Recently, a team of astronomers have discovered the most distant ‘radio-loud’ quasar with the help of European Southern Observatory’s Very Large Telescope (ESO’s VLT).

What are Quasars & what is the significance of recent findings?

Quasars are very luminous objects in faraway galaxies that emit jets at radio frequencies.In other words, Quasars are a massive and extremely remote celestial object, emitting exceptionally large amounts of energy, and typically having a starlike image in a telescope. It has been suggested that quasars contain massive black holes and may represent a stage in the evolution of some galaxies.They are only found in galaxies that have supermassive blackholes which power these bright discs. However, 90 percent of them do not emit strong radio waves, making this newly-discovered one special.

Name of Quasar & other discoveries

Named P172+18, the quasar emitted wavelengths which had a redshift of 6.8.

The three other ‘radio-loud’ sources with redshift greater than six have been discovered so far and the most distant one had a redshift of 6.18. The higher the redshift of the radio wavelength, the farther away is the source.

Formation of Quasar and its significance for the study of Blackhole