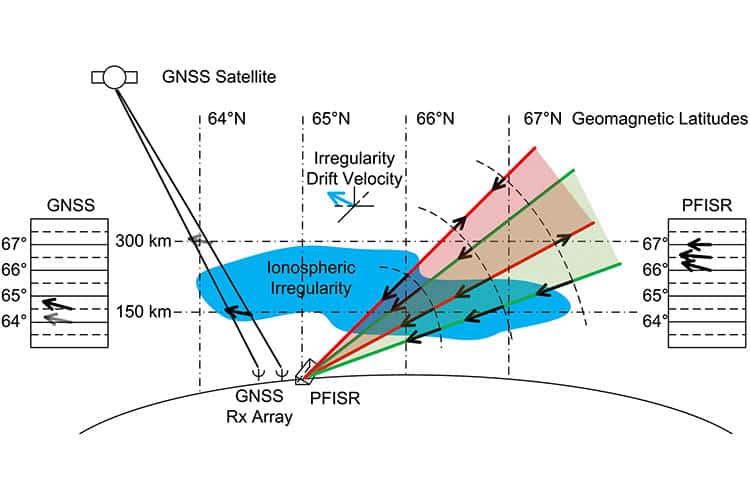 Scientists from the Indian Institute of Geomagnetism (IIG) an autonomous institute under the Department of Science & Technology (DST) have conducted a multi-instrument based ionospheric study of space weather storms over India.

Findings of the Study

The Earth’s magnetic field lines are nearly horizontal over the magnetic equator due to which equatorial ionosphere is a bed for a variety of plasma instabilities to cause plasma disturbances and plasma irregularities. These plasma irregularities pose severe problems to the communication and navigation systems and interfere with surveillance operations as well as disruption in detection and tracking of aircraft, missiles, and satellites.

The Equatorial spread caused due to the plasma irregularities is a complex phenomenon encompassing a wide range of scale sizes of irregularities in electron and ion densities as well as in electric fields. They also produce ionospheric scintillations in VHF and GPS receivers when radio waves traverse through the ionosphere.

Understanding the thermosphere‐ionosphere-magnetosphere interactions that control the electrodynamics behind dynamical evolution of ionospheric irregularities under disturbed periods like geomagnetic storms is most important in developing and maintaining communication and navigation systems.

The scientists also found that enhanced winds during geomagnetic storms can either add or suppress the existing ion densities to produce either positive or negative storms that modify the electrodynamics of the ionosphere, thereby influencing navigation and communication that form a crucial part of our lives.