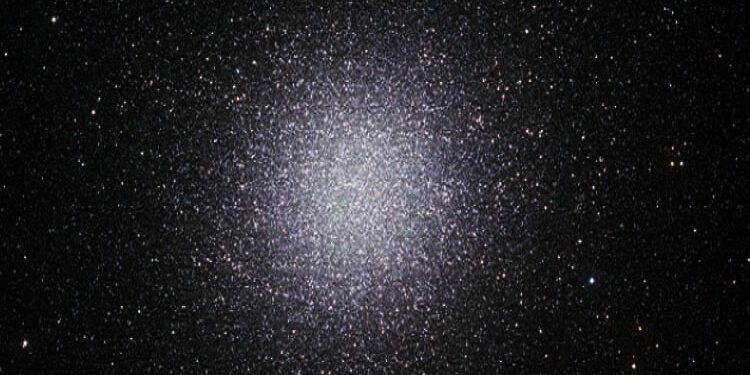 A team of scientists from the Indian Institute of Astrophysics (IIA), an autonomous institute under the Department of Science & Technology (DST) studied numerous stars of Omega Centauri cluster and discovered He-enhanced cool bright stars among the metal-rich sample of the cluster. This work, a result of the spectroscopic survey conducted of this cluster, determines the He-abundance of these stars for the first time and has been published in ‘The Astrophysical Journal’.

Globular clusters are the stellar systems with millions of stars formed from the same gaseous cloud. Hence, usually, the stars formed will be homogeneous in their chemical composition of elemental abundances. But, there are clusters which deviate from this norm. One is being Omega Centauri, the brightest and the largest globular cluster in our Galaxy, the Milky Way. The different stars of Omega Centauri do not show the same metal content, a parameter that indicates its age, but a large range in it. Due to the anomalous elemental abundances, the formation scenario may be different from normal. Normally, the abundances are derived using the assumption that He is one-tenth of the H-abundance.

Though there are estimations of He-enhancement in the H-core burning main-sequence stars (like Sun) of Omega Cen, this is the first-ever spectroscopic determination of He-abundance in Omega Centauri. The study provides a very important clue for the origin of the He-enhanced population establishing that these are the second generation of stars formed from the metal-rich and He-enhanced material from the first generation of stars. And, also that the He-enhanced main-sequence stars evolve to the metal-rich He-enhanced cool bright stars.

While in most stars, H is the most abundant element, if the abundance of H is reduced, correspondingly He abundance increases because the sum of H and He is a constant, and the other heavier elements are in traces. The team found that the H-atomic spectral lines are very strong in the spectra of stars, and the reliable measurement of abundance was not possible from such lines. Hence, IIA team used a novel technique that adopts model atmospheres with differing He/ H ratio and the predicted light from these models was matched with observed light in neutral magnesium (Mg) atomic line and that in MgH molecular band in the observed high-resolution spectra to derive the star’s actual H/ He ratio which measures the amount of He. In all the previous studies, the analyses were carried out assuming the normal H-abundance like for Sun (He/ H=0.1).