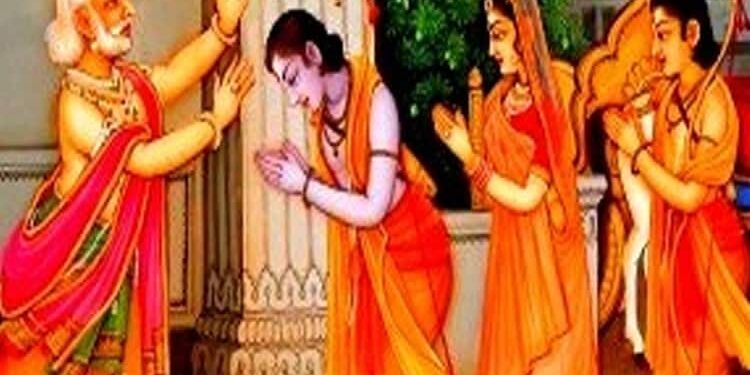 The Ramayana is not a single book but rather a chronicle of history and a tradition of storytelling. Ramayana serves as an excellent window through which the great panorama of the Indian civilization is opened. The story of Rama depicted in the Ramayana unlocks a gateway leading the readers in an any part of the globe to encounter with the world-view of a great civilization that both resembles, and markedly differs from current civilization and a process which enables them to realize that they should have a world view in the first place. The Ramayana tradition has enjoyed a unique popularity throughout the subcontinent of South Asia (comprising the modern states of India, Pakistan, Bangladesh, Nepal, and Sri Lanka) and beyond – for versions of the tale have flourished in Thailand, Cambodia, Laos, Vietnam, and Indonesia.

Although the core story of the travails of Prince Rama and Princess Sita and their companions remains much the same everywhere, storytellers and poets in dozens of languages have chosen not simply to translate some “original” version, but instead have retold the saga in their own words, often modifying and embellishing it according to regional traditions or their own insights and interpretations. Thus we have today different versions of Ramayana in various languages indicating the deep penetration and influence of the personalities of Rama and Sita in the hearts and minds of the people.

India is very vast and has varied cultural and literary traditions. It has always maintained and nurtured plants and flowers of different kinds, colors and shapes. Therefore an assortment of varieties and traditions of Rama Katha has been flourishing here not only in Sanskrit but in many other languages over the centuries. Sri Rama, even now, is the pet subject of poets, novelists, story writers, cartoonists, philosophers, thinkers, dramatists, film-makers and management consultants besides contemporary politicos of different hues.

. Rāmacaritamānasa of Tulasīdās (in Hindi): It is  written in a dialect of Hindi, and is one of the masterpieces of medieval Hindu literature and a work with significant influence on modern Hinduism. Written in the 16th century by the poet Tulsidas, the poem is distinguished both by its great expression of love for a personal god and by its exemplification through its characters of the ideal conduct of a husband and ruler (Rama), wife (Sita), and brother (Lakshmana).

. Rāmāyana of Kamba (in Tamil): Ramavataram, popularly referred to as Kamba Ramayanam, is a Tamil epic that was written by the Tamil poet Kamban during the 12th century. Ramavatharam is different from the Sanskrit original in many aspects – both in spiritual concepts and in the specifics of the storyline. Kambar wrote this epic with the patronage of ThiruvennaiNallur Sadayappa Vallal, a Pannai kula chieftain. In gratitude to his patron, Kamban references his name once in every 1,000 verses.

. Ramāyana of Kṛttivāsa (in Bengali): Composed by 15th century Bengali poet Krittibas Ojha, it is rendition of the Rāmāyana into Bengali. Written in the traditional Rāmāyaṇ Pãchālī form of Middle Bengali literature, the Krittivāsi Rāmāyaṇ is not just a rewording of the original Indian epic, but also a vivid depiction of the society and culture of Bengal in the Middle Ages. The text is also remembered for its exploration of the concept of Bhakti, which would later contribute to the emergence of Vaishnavism in Gangetic Bengal and the surrounding regions.

. Rāmacaritam and the Kannassa Rāmāyanam of Ceramān and Kannassa (in Malayalam): Niranam is a small village in Southern Kerala in India near Mannar town. In the 14th century Niranam gave birth to three poets who became well-known as the Niranam Poets. They were Madhava Panikkar, Sankara Panikkar and Rama Panikkar of the Kannassa family. Before their period the poetry of Kerala was a mix of Malayalam and Sanskrit, known as manipravalam. Niranam poets were instrumental in successfully freeing the literature from the influence of this mix. The appearance of the modern Malayalam language starts with the works of Niranam Poets.

. Rāmāvatār of Guru Gobind Singh (in Punjabi): Chaubis Avtar, a collection of twenty-four legendary tales of twenty-four incarnations of the god Visnu, forms a part of Bachitra Natak, in Guru Gobind Singh`s Dasam Granth. The complete work contains a total of 4,371 verse units of which 3,356 are accounted for by Ramavtar and Krishnavtar. The greater part of the tales of Ramavtar and Krishnavtar are taken up with battle scenes evoked through many alliterative devices with the clash and clang of arms constantly reproduced.

. Rāmacaritra of Girdhar (in Gujarāti): He derived the story from Ramayana of Tulsidas and several other Puranic texts. His version is lucid and musical as it is in simple language and uses traditional metres and melodies.

. Saptakānda Rāmāyana of Sarala Dās (in Oriya): It is  a 15th-century retelling of the Ramayana, written by Sarala Das in Odia, describing the fight between Rama and Ravana (1000 headed). The story is written as a poem. Applying colloquial words for his poetical purpose, his writing was free from sanskritisation. His work can be seen as adapting the popular oral conventions of earlier Odia folk songs.

. Rāmāyana of Mādhava Kandali (in Assamese): The ramayana of Madhava Kandali is a text that is critical and historical study of the four kandas of ramayana viz ayodhaya, aranya, kiskindhya and sundara kandas.

. Torave Rāmāyana of Narahari (in Kannada) are some of the more well-known Rāmāyanas in the vernaculars.

There are many different versions of the Ramayana that are available today. Of these, the Valmiki Rayamana is considered to be the original source. Others include:

. Adhyathma Ramayanam by Veda Vyasa (found in the Brahmanda Purana)