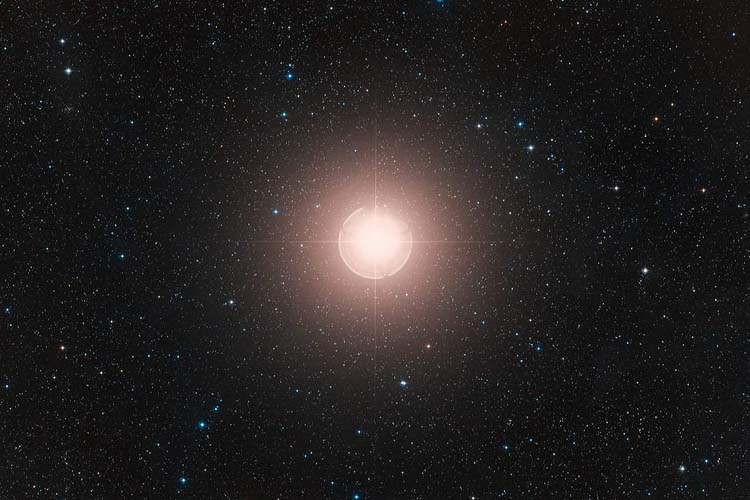 A study by the Indian Institute of Astrophysics (IIA), an autonomous institute of Department of Science and Technology which detected the presence of singly ionised ﬂuorine for the first time in the atmospheres of hot extreme Helium stars makes a strong case that the main formation of these objects involves a merger of a carbon-oxygen (CO) and a Helium (He) white dwarf (WD).

An extreme helium star or EHe is a low-mass supergiant that is almost devoid of hydrogen, the most common chemical element of the universe. There are 21 of them detected so far in our galaxy. The origin and evolution of these Hydrogen deficient objects have been shrouded in mystery. Their severe chemical peculiarities challenge the theory of well-accepted stellar evolution as the observed chemical composition of these stars do not match with that predicted for low mass evolved stars.

Clues to evolution of extreme helium stars require accurate determinations of their chemical composition, and the peculiarities, if any, become very important. Fluorine plays a very crucial role in this regard to determine the actual evolutionary sequence of these hydrogen deﬁcient objects.

By comparing the observed ﬂuorine abundances with other abundances of the key elements, the scientists could determine the formation channels responsible for ﬂuorine enrichment. The varied range of observed ﬂuorine abundance across stars having similar atmospheric parameters points out the difference in the individual star’s evolution and the ensuing nucleosynthesis. Particularly, the enrichment of ﬂuorine in the atmospheres of carbon-rich EHes and absence of the same in carbon-poor EHes suggest that ﬂuorine is profusely produced during the merger of a He-CO WD resulting in a carbon-rich EHe, whereas He-He WD merger that results in carbon-poor EHes does not account for ﬂuorine overabundance.

The detection of enhanced ﬂuorine abundances in the atmospheres of hot EHes solves a decade-old mystery about their formation. It ﬁrmly places hot EHes in an evolutionary sequence with cool EHes and other hydrogen-deficient stars and zeros in on the evolutionary scenario, which involves the merger of two double degenerate WDs.