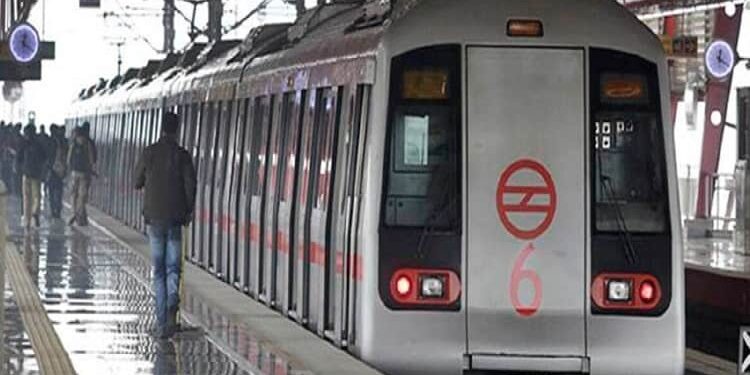 The DMRC has commenced preliminary work on the construction of the fifth metro bridge over the river Yamuna here as part of its Phase-IV work on the Majlis Park–Maujpur corridor. The new 560-metre-long bridge will come up between two existing bridges on the Yamuna i.e. Wazirabad Bridge and the Signature Bridge.

It will be the first-ever metro bridge over the Yamuna to be built using cantilever construction technique. The bridge, with eight spans and nine piers, will connect Soorghat metro station and Sonia Vihar metro station of the Pink Line. After carrying out geo-technical investigation at the location of proposed piers, the activity of casting of test piles is in progress.

Currently, there are four bridges of Delhi Metro on the river Yamuna, viz, at Yamuna Bank (698.8 m on Blue Line), Nizamuddin (602.8 m on Pink Line), Kalindi Kunj (574 m on Magenta Line), and Shastri Park (553 m on Red Line). This will be the first-ever metro bridge over Yamuna to be built using the cantilever construction method. A cantilever is a rigid structural element which extends horizontally and is supported at only one end.

Typically, it extends from a flat, vertical surface such as a wall or a pier, to which it must be firmly attached. Cantilever construction allows overhanging structures without additional support. Employment of this technology will make the bridge look aesthetically better. The design of the bridge was finalised using the ‘Building Information Modelling’ (BIM) technology. With the help of this technology, a 3D model of the bridge was uploaded with intricate details of the proposed structure.

For the finalisation of the Phase-IV designs, DMRC engineers are using the BIM platform, through which they have been able to finalise the designs even during the days of the pandemic when physical meetings weren’t possible. This new bridge will cross river Yamuna at about 385 m downstream of old Wazirabad Bridge and 213 m upstream of the existing Signature Bridge.