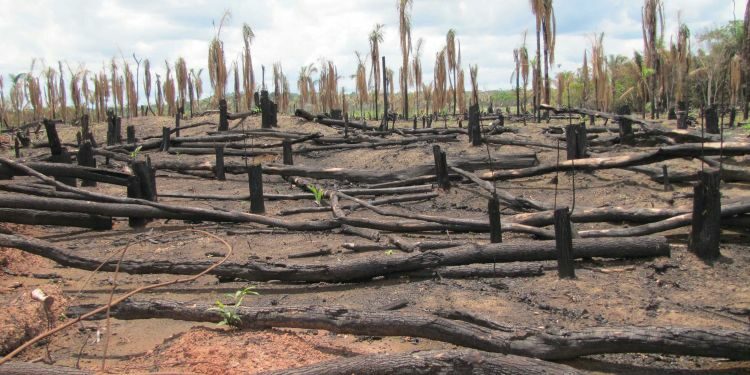 Deforestation is the purposeful clearing of forested land. The land is then converted to non-forest use. It is a serious environmental concern since it can result in the loss of biodiversity, damage to natural habitats, disturbances in the water cycle, and soil erosion. Deforestation is also a contributor to climate change and global warming.

In news: Healthy forests provide a pathway to fight climate change and unlock green recovery
Placing it in syllabus: Environment

Deforestation can be a manifestation of both natural and human induced causes.

Key Provisions of the National Forest Policy (NFP), 2018 are:

Mould your thought: What are the causes and consequences of deforestation? Suggest solutions to overcome these problems.