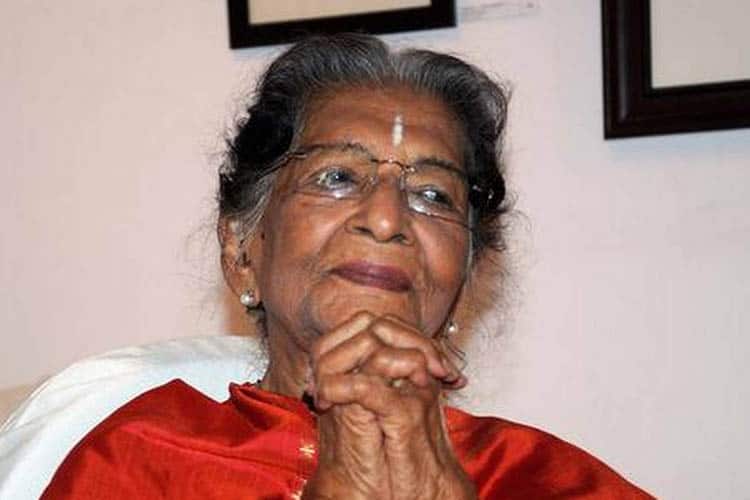 Renowned danseuse Amala Shankar passed away in Kolkata at the age of 101. Wife of legendary Indian dancer and choreographer Uday Shankar, Amala learned to dance during the 1930s, when women were just about beginning to perform classical dance on stage. Amala also played the lead role in ‘Kalpana’ (1948) — a film by Uday Shankar about a young dancer’s dreams of setting up a dance academy. She also graced the red carpet at the prestigious Cannes Film Festival.

Danseuse refers to a female ballet dancer. Ballet dance is generally accepted all over the world as one of the most artistic forms of dance entertainment cherished by people of all ages. It is believed to have originated from the Italian Renaissance courts in the 15th century. The term “ballet” originates from the Italian word “ballare” meaning “to dance”. Afterwards, it went through further artistic improvement and became a concert dance in France in the 17th century. It was subsequently embraced by the Russians in the mid – 18th century.

Noblemen and women were treated to lavish events, especially wedding celebrations, where dancing and music created an elaborate spectacle. Dancing masters taught the steps to the nobility, and the court participated in the performances. In the 16th century, Catherine de Medici, an Italian noblewoman, wife of King Henry II of France and a great patron of the arts began to fund ballet in the French court. Her elaborate festivals encouraged the growth of ballet de cour, a program that included  dance, decor, costume, song, music and poetry. A century later, King Louis XIV helped to popularize and standardize the art form. A passionate dancer, he performed many roles himself, including that of the Sun King in Ballet de la nuit.

Just as the dance itself has experienced changes over the years, ballet shoes have too. They have evolved from what they were to a more comfortable and lightweight form. The new ballet shoes are built with a hard square-shaped material at the tip end of the toes to offer greater support, easy tiptoeing and restrain friction during movement. Choreographers continue to create diverse styles of ballets, and ballet companies are giving dance audiences a wide range of experiences in the theater.