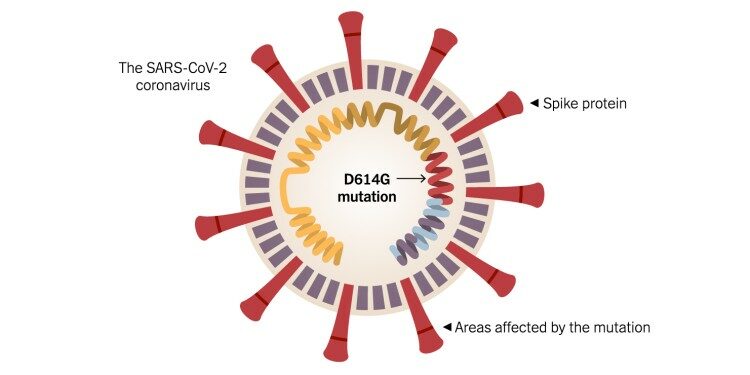 When the virus enters an individual’s body, it aims at creating copies of itself. When it makes an error in this copying process, we get a mutation

A mutation is an alteration in the nucleotide sequence of the genome of an organism, virus, or extrachromosomal DNA.

In this case, the virus replaced the aspartic acid (D) in the 614th position of the amino acid with glycine (G). Hence the mutation is called the D614G

How prevalent is it in India?