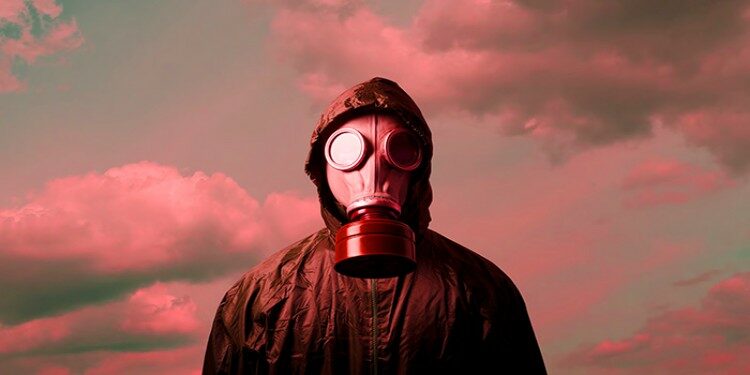 Mankind is at war using non conventional weapons. Biological warfare is one of its kind. Although chemical and biological terrorism have been banned by the United Nations, it has been used by adversaries in recent times. One should know more about bio terrorism for UPSC which is in news post COVID-19 pandemic.

In news: Parliamentary Panel bats for laws to counter bioterrorism.
Placing it in syllabus: Internal security

China recently allowed international reporters into the Wuhan Institute of Virology laboratory in a belated attempt to disprove conspiracy theories that the SARS-CoV-2 virus, which causes Covid-19, originated in the lab.

The highest threat agents for bioterrorism are categorised as “Category A.” Diseases in this category have the ability to exact a large public health toll, thus requiring an investment in response measures. This is certainly the case for SARS-CoV-2, currently readily available across the world.

Making biological weapons requires either fermentation technology or production in cell culture. Viruses like SARS-CoV-2 are harder to grow than bacteria, but it can be done.

The key property for a bioweapon is its stability in the atmosphere in order for it to be used on a battlefield or against a large population. SARS-CoV-2 fails when it comes to this criterion. Although it appears to spread very efficiently in indoor environments, it does not appear to survive well outdoors, especially in sunlight.

One key aspect of biological weapons is predictability. If only a few people who are infected become ill, the effect of the pathogen is not reliable enough to base military response plans on it. In case of SARS-CoV-2 virus up to 40% or so, appear to have asymptomatic infection.

A bio weapon is contagious. Once released, as it spreads efficiently through the opposing army or nation, it also means the pathogen can spread back to the country that released it if it doesn’t have a countermeasure. This scenario has been witnessed with SARS-CoV-2.

Overall, though the SARS-CoV-2 virus has some “desirable” properties as a bioweapon, more research is required to prove it a means of bio terrorism.

What has India done?

Based on the priority of the agents to pose a risk to the national security and the ease with which they can be disseminated, these biologic agents are classified and labeled as Categories A through C.