Council of Scientific and Industrial Research 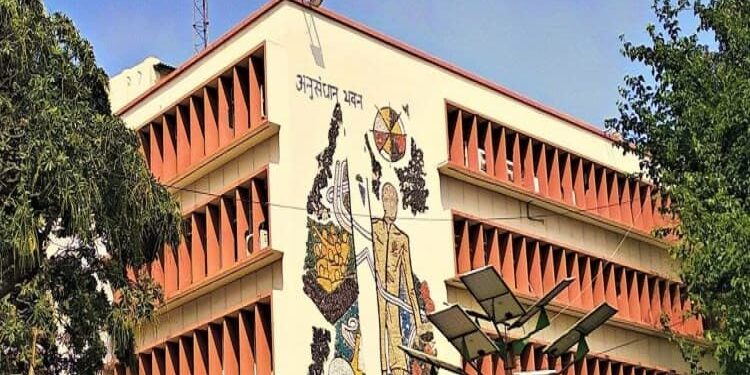 The Council of Scientific & Industrial Research (CSIR), known for its cutting edge R&D knowledge base in diverse S&T areas, is a contemporary R&D organization. Having a pan-India presence, CSIR has a dynamic network of 38 national laboratories, 39 outreach centres, 3 innovation complexes and 5 units. CSIR’s R&D expertise and experience is embodied in about 4600 active scientists supported by about 8000 scientific and technical personnel.

. The Centre for Cellular and Molecular Biology (Hyderabad)

. The Central Institute of Mining and Fuel Research (Dhanbad)

. The National Institute of Oceanography (Goa)

. SARAS: This 14-seater twin-engined turboprop aircraft is fully pressurized for passenger comfort and has a maximum speed of over 600 km/h and a maximum range of 1200 km.

. HANSA: Fabricated entirely out of composite materials, HANSA is ideal for training, sport and hobby flying as well as for surveillance, aerial photography and environmental monitoring.

. A large number of medicinal and aromatic plants have been genetically characterized, evaluated and their improved varieties developed and released.

. Institute of Himalayan Bioresource Technology (IHBT) is a nationally recognized centre for testing tissue culture raised plants against viruses in floriculture crops, and for pesticide residue analysis in tea and herbals. It has rejuvenated the abandoned tea gardens and helped in improving tea productivity of the region.

. National Chemical Laboratory (NCL) has developed a “PCR based assay” to detect male specific differences in papaya. The assay helps detect the sex of papaya plants at the one-month seedling stage so that male and female plants can be planted in the desired ratio to maximize the harvest.

. Development of washing circuits for beneficiation of Indian coking coals vis-à-vis utilization of the process technology in all the 22 central washeries.

. Development of software for better plant performance and prediction of achievable yield in coal washing plants.