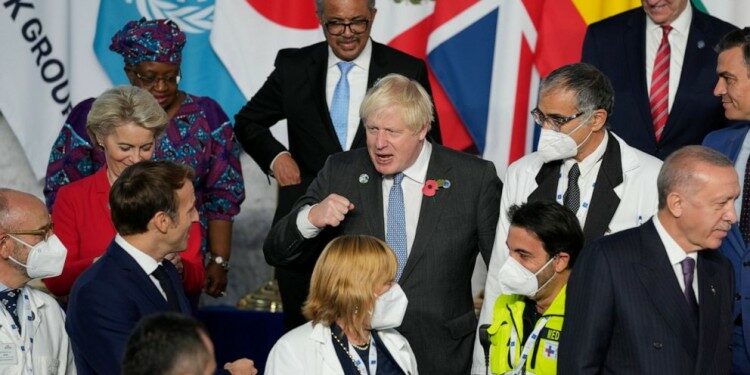 Leaders at the Group of 20 summit in Rome are expressing broad support for sweeping changes in how big global companies are taxed.The goal deterring multinationals from stashing profits in countries where they pay little or no taxes commonly known as tax havens.The proposal was finalized in October among 136 countries and sent to the G-20 for a final look after complex talks overseen by the Organization for Economic Cooperation and Development.

In news: How G20-backed corporate minimum tax would work
Placing it in syllabus: Economy

What is the problem with the current corporate taxation?

Black Money: It can be best understood as any money that breaks laws in its origin, movement or use, and is not reported for tax purposes, then such money would fall within the meaning of black money.

In other words, any money to be classified as Black money must fall under either of the two categories: –

First, any money earned through any activity which is defined as illegal by virtue of any law prevailing in the country.

The second category comprises the generation of income from a legal activity that is not reported to the tax authorities and any audit trail relating thereto has been removed, leading to evasion of one or more taxes.

Tax Evasion: it  is a practice of reducing tax liability through illegal means, i.e. by suppressing income or inflating expenses or by showing lower income. It is an illegal act, made to escape from paying taxes. Such illegal practices can be deliberate concealment of income, manipulation in accounts, disclosure of unreal expenses for deductions, showing personal expenditure as business expenses, overstatement of tax credit or exemptions, suppression of profits and capital gains, etc.

Tax Avoidance: An arrangement made to beat the intent of the law by taking unfair advantage of the shortcomings in the tax rules is known as Tax Avoidance. It refers to finding out new methods or tools to avoid the payment of taxes which are within the limits of the law.

Traditionally, tax havens have been used for both Tax Avoidance and Tax Evasion, they have had numerous negative repercussions upon the Indian economy.

Interferes with implementation of economic policies:

Impact on social and moralistic values:

India’s efforts so far to tackle the problem of tax heavens:

What is Global Minimum Tax?

How does the plan address the challenge of taxing digitalized economy?

Criticisms of the tax plan:

Mould your thought: How do tax havens affect the Indian Economy? Evaluate the rationale behind the Global Minimum tax for tackling tax havens.