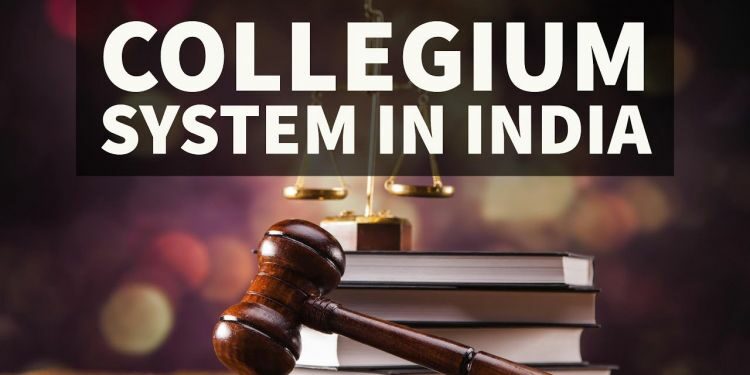 In news: Supreme Court asks govt. to clarify on 55 Collegium recommendations for judicial postings
Placing it in syllabus: Law & Policy

What is the Collegium System?

In this system of appointment of Judges, the collegium will recommend the names of the candidates to the Central Government.

Also, the central government will send the names of the proposed candidates for consultation.

The appointment process takes a long time since there isn’t a fixed time limit for it. If the Collegium resends the same name again then the government has to give its assent to the names.

Original Provisions of the Constitution:

The genesis of collegium system lie in the famous “three Judges Cases”, which are:

With the growth of populism and autocratic tendencies in democracies, the role of judiciaries has become more important than ever.

The strengths of Collegium System include:

Maintains separation of power of the State:

Stability in times of political vulnerability:

The critics of the collegium system list the following as it main drawbacks:

In 2014, the National Democratic Alliance government tried to replace the collegium system with the National Judicial Appointments Commission (NJAC).

National Judicial Appointments Commission (NJAC) was a proposed body which would have been responsible for the recruitment, appointment and transfer of judges and legal specialists in India.

A new article, Article 124A, (which provides for the composition of the NJAC) has been inserted into the Constitution.

It stipulated that the NJAC would consist of –

A person would not be recommended by NJAC if any 2 of its members did not accept such recommendation, making the appointment process more broad-based.

The Second Administrative Reforms Commission (Second ARC) recommended that the appointment of judges to higher courts should be through the participation of the executive, legislature and the Chief Justice. It should be a process above day-to-day politics.

As per the Second ARC recommendations, the National Judicial Council should be authorised to lay down the code of conduct for judges, including the subordinate judiciary.

The proposed council should be entrusted with the task of recommending appointments of Supreme Court and High Court Judges.

NJC should also be entrusted with the task of oversight of the Judges and should be empowered to inquire into alleged misconduct and impose minor penalties along with the power to remove the judge if warranted.

The President should have the powers to remove a Supreme Court or High Court Judge.

The council should have the following composition:

Mould your thought: The collegium system must not see itself as being above the safeguards and measures for transparency, accountability and demographic representation that apply to India’s pillars of democracy. Evaluate.