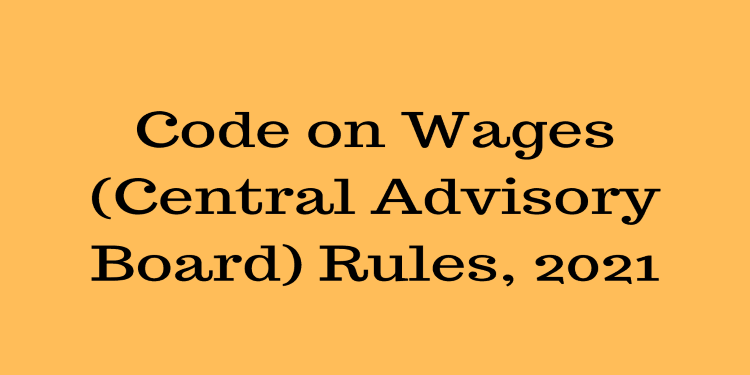 Key features of the Rules

Constitution of the Board: The Board shall consist of the persons to be nominated by the Central Government representing employers and employees as specified in section 42 of Code on Wages, 2019 and the independent persons and representatives of the State Governments.

Additional Functions of the Board: The Board on reference by the Central Government advise that Government on the issue relating to the fixation of minimum wages in respect of-

Quorum: No business shall be transacted at any meeting unless at least one-third of the  members and at least one representative member each of both the employers and an employee are present.

Travelling Allowance: The travelling allowance of an official member of the Board shall be governed by the rules applicable to him for journeys performed by him on official duties and shall be paid by the authority paying his salary.

Disqualification: A person shall be disqualified for being nominated as, and for being a member of the Board–