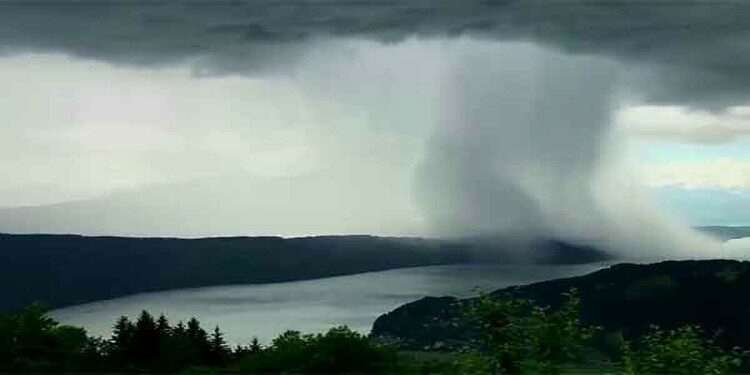 The cloudburst is a localised weather phenomena representing highly concentrated rainfall over a small area lasting for a few hours. This leads to flash floods/ landslides, house collapse, dislocation of traffic and human casualties on a large scale. Over the years the incidents of cloud bursts are increasing not only in India but across the world. Climate change is one of the most important reasons for it. Fighting climate change along with robust structural and non structural measures is the need of the hour to mitigate the impact of cloud bursts.

In News:Over 20 people have been killed in destruction caused by cloudbursts and flash floods in different parts of Himachal Pradesh and Uttarakhand recently.

Placing it in the Syllabus: Geography , Environment and Disaster management.

How common are cloudbursts?

Can cloudbursts be forecast?

Why do cloudbursts occur in hilly areas

Initiatives taken in this regard