Climate change and its impact on water cycle 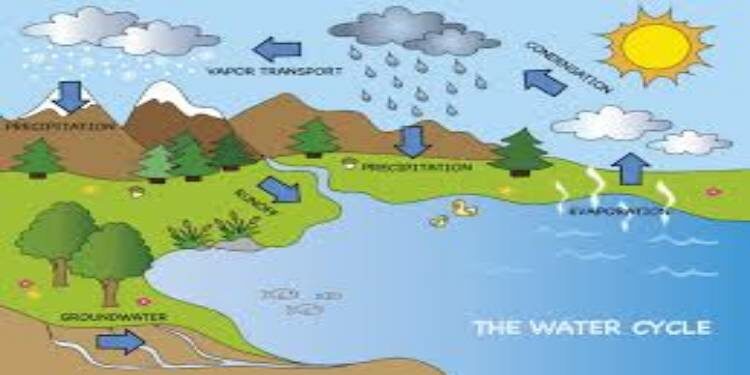 Global climate change is occurring in an unprecedented way and its net damage costs are likely to be significant and to increase over time. Water, the precious resource, has been the victim of climate change. This in the long run would have devastating effects on the ecosystem as a whole.

What is water stress?

The water stress refers to a twofold situation:

It frequently occurs in areas with low rainfall and high population density or in areas where agricultural or industrial activities are intense. Even where sufficient long-term freshwater resources exist, seasonal or annual variations in the availability of freshwater may at times cause stress.

Water stress causes deterioration of fresh water resources in terms of quantity (aquifer overexploitation, dry rivers, etc.) and quality (eutrophication, organic matter pollution, saline intrusion, etc.). Such deterioration can result in health problems and have a negative influence on ecosystems. The industries are also concerned, for the availability of water proves to be crucial within the industrial process, especially for water-intensive industries.

-> economic water scarcity, which is a result of poor management of the sufficient available water resources. 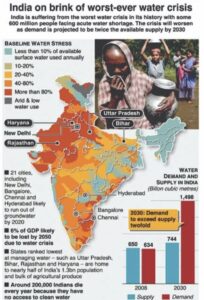 
Addressing water scarcity requires a multidisciplinary approach. Water resources must be managed with the goal of equitably maximizing economic and social welfare without compromising ecosystem functioning. 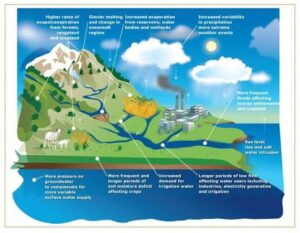 Climate change and water: who are the first victims?

UNFCCC COP-22 held in Morocco saw “water”, as the ‘first victim’ of climate change. Water is the first sector through which the global population suffers the most from the impact of climate change. As water is fundamental for food security, human health, energy production, industrial productivity, biodiversity, in addition to basic human needs and its availability, ensuring water security means ensuring security in all these domains.

Water is critical for successful climate change mitigation, as many efforts to reduce greenhouse gas emissions depend on reliable access to water resources. Hence systematically addressing these challenges is the key to adapting to climate change and reducing the negative impacts of water-related disasters.