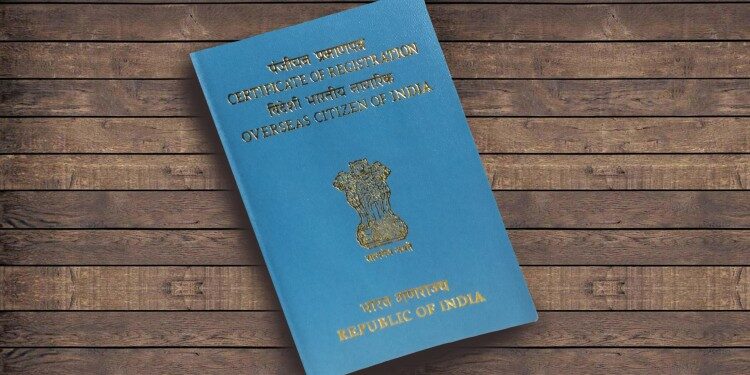 The Ministry of Home Affairs issued a notification on March 4 dramatically altering the compact between OCIs and the Indian state. This notification, which is issued under Section 7B of the Citizenship Act, 1955, supersedes three earlier notifications issued on April 11, 2005, January 5, 2007, and January 5, 2009, which laid down the rights of the OCIs.

In news: Only NRI quota seats based on entrance exams for OCI cardholders: MHA
Placing it in syllabus: Law & Policy

What are the provisions of the Notification?

The new notification introduces a series of new restrictions that alter the rights and liberties of OCIs in India.

OCI shall be required to obtain a “special permission or a special permit” from the competent authority or the Foreigners Regional Registration Officer (FRRO) or the Indian Mission to :

The notification now equates OCIs to “foreign nationals” in respect of “all other economic, financial and educational fields” for the purposes of the Foreign Exchange Management Act, 2003 . However, past circulars by the Reserve Bank of India under FEMA will hold ground.

Before this, OCIs were equated to Non-Resident Indians rather than “foreign nationals” for the purposes of their economic, financial and educational rights.

Non-Resident Indians (NRI), Person of Indian Origin (PIO) and Overseas Citizen of India (OCI) are the three major categories in which the people from India go and live abroad can be categorised.

While NRIs is essentially a term used for Indians that live in another country, PIOs and OCIs are people who want to stay connected and involved with India more closely.

NRI is a residential status given to a citizen of India with an Indian Passport who resides in a foreign country for the purpose of work/business, or education.

NRIs are still citizens of India.

The eligibility criteria for NRI status is that the person should be an Indian citizen with a valid Indian Passport and should reside outside of India for at least 183 days or more in a financial year (April 1st – March 31st).

Benefits of being an NRI

Being an NRI is only a residential status classified by the Income-Tax of India. An NRI can avail the following benefits from India:

Limitations of being an NRI

The limitations of being an NRI are as follows:

Benefits of being a OCI

According to Citizenship Act, 1955

PIO and OCI Merger : Its importance

What was the confusion which the latest Notification clarifies?

According to the government, Overseas Citizen of India (OCI) card holders do not enjoy fundamental rights guaranteed by the Constitution, including the right to freedom of speech and expression.

However, Delhi High Court  in 2018 declared that OCI card holders have the right to enjoy the fundamental rights of equality (Art 14) and freedom of speech and expression (Art 19) in the same way as any other Indian citizen.  Overseas citizens can exercise fundamental rights guaranteed to natural persons under the constitution.

A judgment of the Karnataka High Court by Justices BV Nagarathna and NS Sanjay Gowda declared that OCI students will be treated as Indian citizens for the purposes of admission to professional courses.

On December 15, 2020, the High Court of Karnataka directed that students under the OCI category are to be considered as “citizens of India” for admission to professional courses and asked the State government to admit them to undergraduate professional courses, including engineering, medical, and dental, even under the government and institutional quotas, and not to restrict their admission only under the NRI quota.

The new notification has tried to rectify these confusions. It puts restrictions on OCIs competing for seats reserved for Indian citizens.

Mould your thought: What are the differences between NRIs and OCIs? How does the latest Ministry of Home affairs notification alter the benefits enjoyed by OCIs?