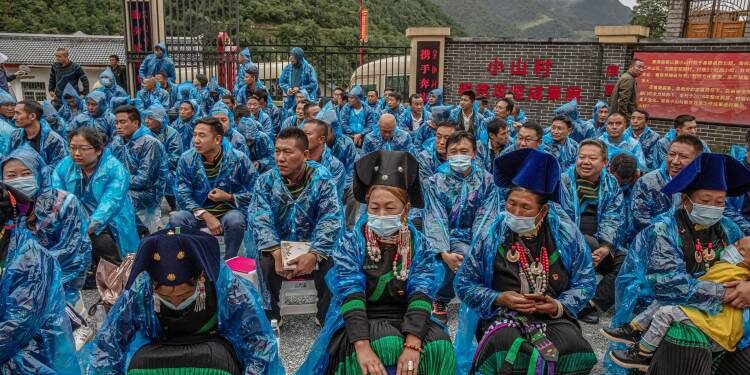 Chinese President Xi Jinping recently declared that China has scored a “complete victory” in its fight against poverty by lifting over 770 million people out of it in the last four decades, calling it another “miracle” created by the country that will go down in history.  Since the launch of the reform and opening up in the late 1970s, 770 million impoverished rural residents have shaken off poverty when calculated according to China’s current poverty line.  China’s success in fighting absolute poverty serves as inspiration and motivation for developing countries.

Customised Bottom Up Approach: its approach of addressing poverty at its roots in all 832 counties. Each of the impoverished counties came up with clear-cut, custom fit, and contextualized poverty alleviation strategic measures, unique to their needs.

How did this help China?

In terms of reducing poverty, since the 1970s, China is responsible for over 70 percent of global poverty reduction and has met its poverty eradication target set out by the 2030 United Nations’ (UN) Agenda for Sustainable Development, 10 years ahead of schedule. Thus far, China is the greatest anti-poverty story in history.

Challenges to Chinese Model of Economy

Major challenges that are plaguing the Chinese economy include:

Poverty is defined as having not enough material possessions or income to cover a person’s basic personal needs, sometimes so extreme that a person lacks food, clothing, and shelter. The poverty rate is the ratio of the number of people in a given age group whose income falls below the poverty line.

Lessons for India from the Chinese Model:

China’s success in its eradication of poverty should serve as inspiration and motivation for developing countries in their respective fights against poverty.

India’s policy approach has been criticised as being an armchair approach that is not connected with grassroot realities. India should also invest in bringing out clear-cut, custom fit, and contextualized poverty alleviation strategic measures, unique to the needs of its poor population.

India should intensify a multipronged approach to tackle multidimensional poverty in a holistic manner.

Mould your thought: How did China manage to end absolute poverty in the country? What can India learn from its neighbor?