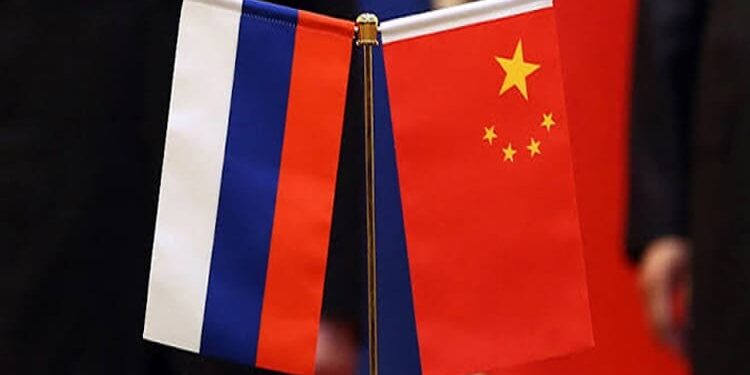 In June 2019, Chinese President Xi Jinping described Russian President Vladimir Putin, as “my best friend and colleague”. At no time since the founding of the People’s Republic of China in 1949 has such public bonhomie been seen between leaders of Russia and China. It has sparked intense discussion on whether they are moving in the direction of a formal alliance, and what that could mean for the rest of the world.

The triangular relationship between America, China and Russia has, for the most part, shaped global politics since 1950. India is not a part of this triangle; yet they represent our three most consequential relationships. Hence, a proper appraisal of the Sino­Russian relationship will be critical to our foreign policy calculus. The three pillars on which the Sino­Russian partnership currently rests are a peaceful boundary, expanding trade and a shared distrust of American intentions. Western sanctions have tended to push the Russians closer to China. Falling oil prices and fears of new sanctions on Russian gas supplies (Nord Stream 2) are demolishing the core of Russian exports to Europe, thus compelling them to depend to an even greater degree on the Chinese. Ironically, even though it is in neither Russia’s nor the European Union’s interest to hasten a bi­polar world, western actions to punish Russia have served to strengthen China’s position in the strategic triangle.

After the western sanctions, China Russia trade has more than doubled to $108 billion, Russia’s central bank has increased its Chinese currency reserves from less than 1% to over 13%, and China has surpassed Germany as the principal supplier of industrial plant and technology. These economic positives appear to enhance what is seen in Washington and European capitals, as a growing strategic convergence. Coordinated action in multilateral forums, increasingly sophisticated joint military exercises, and including activities with third countries such as Iran, reinforce western beliefs about it morphing into an alliance.

However the growing power­gap is threatening to further reduce Russian influence in their ‘near­ abroad’ and to confine Russia to the periphery of global power. Russia still regards itself as a world power and hopes to be at the centre of a Eurasian arrangement that stretches from the Pacific to the Atlantic. It considers U.S.­led hegemony as the primary threat to this vision, and this leads them on to make common cause with China. That does not automatically translate into a formal alliance, nor does it make their concerns about China disappear.

The three pillars on which the relationship stands are not as sturdy as they may seem. For example, the fact of their peaceful border. Mr. Xi’s talk of “rejuvenation of the Chinese Nation” has raised fears about Chinese revanchism. Some Chinese continue to nurse historical grievances despite the formal resolution of the border issue, and still make critical references to the nearly 600,000 square miles of Chinese territory that Tsarist Russia allegedly annexed in the late 19th century. Add to this the Russian concerns over Chinese migration in the Russian Far East, and it would not be improper to surmise that policy makers in Moscow must be concerned about the possibility of China becoming a threat to Russia’s territorial integrity.

As for the economic pillar, while Russia presently enjoys a nominal trade surplus, going beyond gross trade to value added trade, China has a clear advantage going forward. Most of its exports to Russia are now at a higher technology level while the share of labour intensive goods has declined. At the other end of the spectrum, Russian exports have continued to focus on raw materials, especially oil and gas. Despite Chinese promises, the investment relationship remains subdued except where it has suited China’s core energy interests, such as the $400 billion deal over 30 years to supply gas to China along the 1,800 miles long pipeline known as the Power of Siberia.

Russia remains wary about allowing any dominating role for China in oil and gas. In fact, over the long term, their economic interests are divergent. Russia presumably thinks to control China through its energy dependency, a situation that the Chinese will not accept; and China feels that it can integrate Russia into its economy by re­directing Russian oil and gas eastwards but, while Russia needs financing, it is unlikely to give up its economic independence or sovereignty. As for their shared dislike of Washington, each still hopes to repair ties and, therefore, neither trusts the other fully with respect to the third leg of the strategic triangle. If they share a current concern over American plans for “regime change”, it has led them to mind each other’s backs, but that does not necessarily make for a long term meeting of minds.

The supply of the S­400 missile system to China is touted as an example of the budding strategic alliance; but is it not also possible that this sale could well be one of the last chances for Russia to engage in a major sale of military equipment to China before the latter becomes self-sufficient in defence. The new reality of Sino­Russian relations is thus one where substantial expansion of bilateral cooperation is accompanied by growing asymmetry and China’s pre-eminence, including in Russian ‘backyards’ such as  Central Asia and the Arctic regions. Moscow is in real danger of permanently becoming the ‘junior partner’.