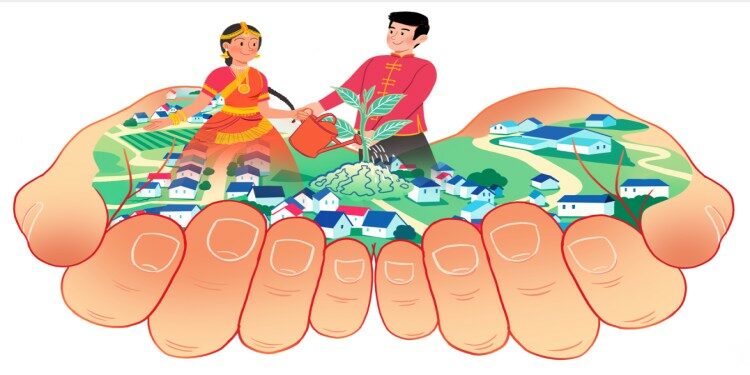 Manifest Pedagogy:India, with the largest pool of poor people on the planet can learn a lot from China, which pulled 765 million out of extreme poverty between 1978 and 2018,that’s roughly 2 crore people being pulled out of abject poverty every year for four decades.  Recently China declared that it has eradicated extreme poverty. It has adopted a gradual but comprehensive approach which brought huge success for the country. India can learn many lessons from China’s success story and use these learnings to get rid of menace poverty in India. This is very essential in India’s dream of becoming a developed nation by 2047.

In News: Recently the World Bank released its latest report on global poverty.

Placing it in the Syllabus: Social Justice

What is extreme poverty?

How did China do it?

Q.China’s poverty alleviation strategy can be characterised as development oriented with a focus on creating economic opportunities as a means to escape poverty and India can also learn from China. Discuss (250 words)