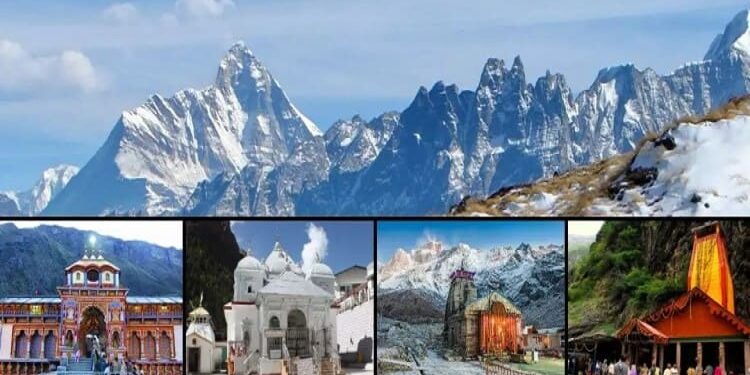 The holy Char Dham yatra, which is undertaken by thousands of pilgrims every year, is set to become hassle-free in the coming days. Reportedly, Indian Railways will be constructing a railway line of 327 km, connecting the Char Dham of Gangotri, Yamunotri, Badrinath, and Kedarnath, via Dehradun and Karanprayag in Uttarakhand. Reports suggest that a major portion of the project will pass through inaccessible hilly areas, for which the railways will be building several tunnels too.

Nestled among the serene heights of the great Himalayas are four pilgrim-destinations namely Yamunotri, Gangotri, Kedarnath, and Badrinath, collectively known as Char Dham. These pilgrimage centers draw the maximum numbers of pilgrims each year, thus becoming the most important hubs of religious travel in the whole of Northern India. Traditionally, the pilgrimage begins from the West and ends in the East. Thus, the Char Dham Yatra commences from Yamunotri, then proceeds to Gangotri and finally to Kedarnath and Badrinath.

Each of these four sites is devoted to a specific deity. Yamunotri is dedicated to the Goddess Yamuna who goes along the pilgrims to the high altitudes of the picturesque Rawai Valley. It is believed that a bath in the waters of the Yamuna protects the devotee from untimely death. Gangotri is dedicated to the Goddess Ganga. The shrine overlooks the River Bhagirathi, another name of River Ganga – the name having been derived from the myth of the ancient King Bhagirath’s penance that succeeded in bringing her upon the earth from heaven.

Kedarnath is dedicated to Lord Shiva and is also a part of the Panch Kedar. It is the northernmost Jyotirlinga and is close to the source of the holy River Mandakini. Badrinath is dedicated to Lord Vishnu. It is situated on the bank of the River Alaknanda. According to legend, Lord Vishnu meditated here while his consort Lakshmi took the form of a berry (Badri) tree to offer him shade.

Badrinath is sandwiched between Nar and Narayan mountain ranges, in the Chamoli district of Uttarakhand and is beautifully set in the backdrop of the colossal Neelkanth mountain peak. Kedarnath is an ancient and magnificent temple located in the Rudra Himalaya range, is over a thousand years old, built of massive stone slabs over a large rectangular platform. The present temple was built by Adi Shankaracharya. Yamunotri is situated amidst the Garhwal Himalayas at an altitude of 3293 meters, adjacent to the Indo-Chinese border. Gangotri is a popular pilgrim place in India, which stands at an altitude of 3042m and emits a highly pious aura.