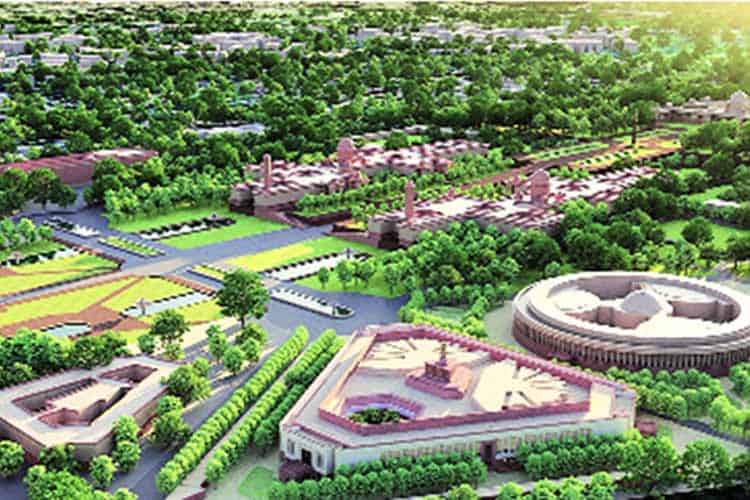 The Central government has announced plans to redevelop the Central Vista, which is an iconic 3 km stretch in the heart of New Delhi that runs from the Rashtrapati Bhavan to India Gate.

Flanked by large green spaces and containing significant structures such as Parliament, the Secretariat buildings and the National Archives, the Central Vista is recognised around the world as a striking example of innovative urban planning and architecture.

The redevelopment entails altering some structures and demolishing certain buildings within the Parliament complex, modifying the National Archives and constructing several new buildings along the Central Vista, including residences for the prime minister and vice president, completely altering its layout. It is proposed by the Housing and Urban Affairs Ministry and its construction agency, the CPWD.

The redevelopment is claimed as being at odds with regulations governing heritage conservation as well as the Indian Constitution (Art 51A(f)). As per a 2009 notification issued by the government of Delhi, the Central Vista Precincts are listed as a Grade I heritage precinct and the North and South Block buildings, the National Archives, Parliament House and Campus as Grade I heritage buildings.

Grade I heritage consists of buildings and precincts of national or historic importance, embodying excellence in architectural style, design and aesthetics and which are the prime landmarks of the region. These are regulations notified under the Delhi Development Act, 1957, governing all building activity in the National Capital Territory of Delhi. It states that no intervention shall be permitted in Grade I heritage buildings and precincts unless it is necessary in the interest of strengthening and prolonging their life, and that absolutely essential and minimum changes would be allowed, in conformity with the original.

Further, the new proposed Parliament building will have a Lok Sabha hall, a Rajya Sabha hall, a Constitution hall, a courtyard with a lounge around it and a library. There is no proposal to demolish the existing Parliament building. Instead, the plan is for structural strengthening and renovation of interiors and utilities. Some old buildings within the Parliament complex, covering 5,200 square metres, will, however, be demolished.