Bureau of Police Research and Development 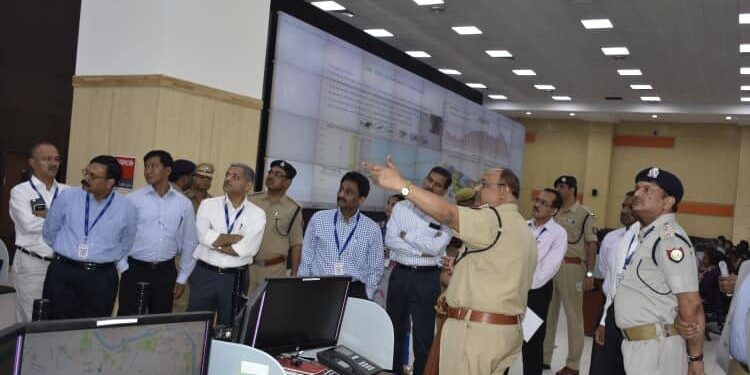 The Bureau of Police Research and Development is celebrating its Golden Jubilee Anniversary. Due to the Corona pandemic, the function will be conducted in virtual mode. The Bureau of Police Research and Development was raised on 28th August, 1970, through a resolution of the Ministry of Home Affairs, Government of India, with a mandate to promote excellence in policing; promote speedy and systematic study of police problems and apply science and technology in the method and techniques by the police.

Over the years, the BPR&D has transformed through several additions of responsibilities into the present role.

Though the Institute of Criminology and Forensic Science (ICFS) was established under the overall supervision and guidance of BPR&D as part of the same exercise, it was allowed to function as a separate entity in 1976; since the ultimate objective of setting up the Institute was to develop a full-fledged academic institution for furthering studies in criminology and forensic science. The same which has been re-christened in the year 1991 is now functioning as Lok Nayak Jai Prakash Narayan (LNJN) National Institute of Criminology and Forensic Science from 1982. The institute provides training courses for officers of the criminal justice system in the two subjects i.e. criminology and forensic science and carries out research.

Growth dynamics took over and the need to specialize in each area arose. The National Police Commission (1977) also recommended certain measures requiring implementation. Simultaneously, technological innovations particularly computers held promises of support to many areas of crime control and crime detection besides processing statistical data for the purpose of analysis. The Government of India, therefore, decided to establish a National Crime Records Bureau in 1986 and entrusted statistics and publications work of the Research Division to the newly constituted Bureau along with the plans for their computerization. In an identical move brought about by compulsions of growth, the Government of India decided to give an independent status to the Forensic Science Division by creating a Forensic Science Directorate having an autonomous status under the direct control of the Ministry of Home Affairs.

The journey of BPR&D, over the last 5 decades, has been spectacular as it has played a vital role in shaping the Indian Police. It has prepared the police forces through its training interventions and capacity building programmes, through research and national mission projects, through various modernization initiatives to keep the police forces in pace with latest change and challenges. In the last 5 years, BPR&D has focussed on capacity building of the police officials and has trained about 55,000 officers and men.