In News: Recently, it has been reported that Nepal has proposed a meeting of the Boundary Working Group (BWG) in August end or early September 2020

Border Dispute Between India and Nepal

The Treaty of Sugauli signed by the Kingdom of Nepal and British India (after Anglo-Nepalese War) in 1816 located the Kali River as Nepal’s western boundary with India. 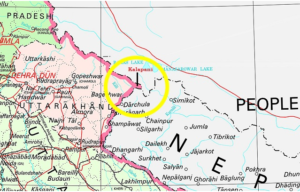