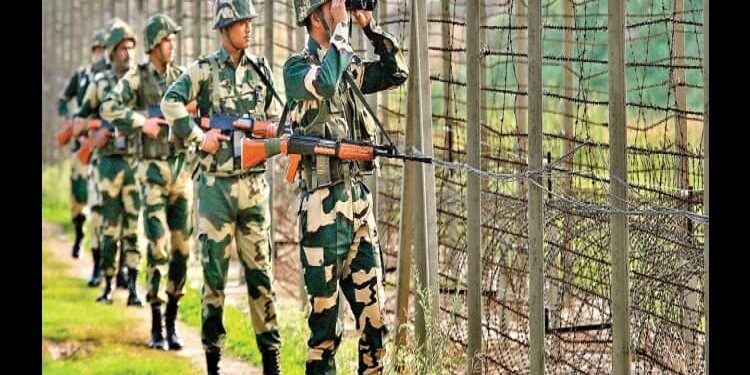 The BSF is a border guarding force of India. Established on December 1,1965, it is a paramilitary force charged with guarding India’s land border during peacetime and preventing transnational crime. It is a Union Government Agency under the administrative control of the Ministry of Home Affairs. It is one of many law enforcement agencies of India. It currently stands as the world’s largest border guarding force. BSF personnel are also regularly deployed in United Nations peacekeeping missions. They are also in great demand for being deployed to other organizations.

Till 1965 India’s borders with Pakistan were manned by the State Armed Police Battalion. Pakistan attacked Sardar Post, Chhar Bet and Beria Bet on 9 April, 1965 in Kutch. This exposed the inadequacy of the State Armed Police to cope with armed aggression due to which the Government of India felt the need for a specialized centrally controlled BSF, which would be armed and trained to man the International Border with Pakistan. As a result of the recommendations of the Committee of Secretaries, the Border Security Force came into existence on 01 Dec 1965, and Shri K F Rustamji was the first chief and founding father.

The BSF, in its 54 years of existence, has emerged as an elite force of the country having excelled with distinction in the 1971 & Kargil war with Pakistan. The mission is “Any task, Any time, Any where”. The concept of comprehensive border infrastructure project i.e. border fencing, border flood lighting, border road and composite BOPs have been introduced as a composite scheme for better management of international border on the western and eastern front is in progress. Simultaneously, the concept of border guarding is being upgraded to technology driven CIBMS (Composite Integrated Border Management Scheme) from existing physical barriers.