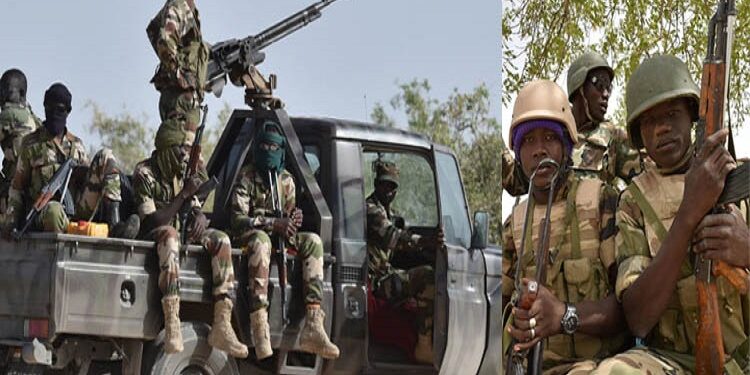 Suspected militants from Islamist group Boko Haram killed 15 people and wounded six others in a grenade attack on a camp for displaced people in northern Cameroon. The incident happened in Nguetchewe village in Cameroon’s far north region, near the country’s border with Nigeria. The ambush is the second this year in the region after about seven persons were killed in suicide bombings in April.

Boko Haram, originally from Nigeria, has been mounting attacks in Cameroon, Chad and Niger. The jihadist organization and its splinter group, the ISIS-aligned Islamic State West African Province (ISWAP), have caused violence and destruction in Nigeria’s northeast and the surrounding Sahel region over the last decade. The government of Nigeria declared Boko Haram a terrorist organization in 2013, and several months later, the US State Department followed suit. A CFR security tracker estimates that more than 37,000 people have been killed, and millions have been displaced in the conflict in Nigeria between 2011 and 2018.

The group which has caused havoc in Africa’s most populous country through a wave of bombings, assassinations and abductions – is fighting to overthrow the government and create an Islamic state. Boko Haram promotes a version of Islam which makes it “haram”, or forbidden, for Muslims to take part in any political or social activity associated with Western society. This includes voting in elections, wearing shirts and trousers or receiving a secular education.

Since the Sokoto caliphate, which ruled parts of what is now northern Nigeria, Niger and southern Cameroon, fell under British control in 1903, there has been resistance among some of the area’s Muslims to Western education. Many still refuse to send their children to government-run “Western schools”, a problem compounded by the ruling elite which does not see education as a priority. Against this background, charismatic Muslim cleric Mohammed Yusuf formed Boko Haram in Maiduguri in 2002. He set up a religious complex, which included a mosque and an Islamic school. Many poor Muslim families from across Nigeria, as well as neighbouring countries, enrolled their children at the school. But Boko Haram was not only interested in education. Its political goal was to create an Islamic state, and the school became a recruiting ground for jihadis.

Boko Haram’s trademark was originally the use of gunmen on motorbikes, killing police, politicians and anyone who criticised it, including clerics from other Muslim traditions and Christian preachers. In April 2014, Boko Haram drew international condemnation by abducting more than 200 schoolgirls from Chibok town in Borno state, saying it would treat them as slaves and marry them off – a reference to an ancient Islamic belief that women captured in conflict are considered war booty. And it switched tactics, starting to hold on to territory rather than retreating after an attack.