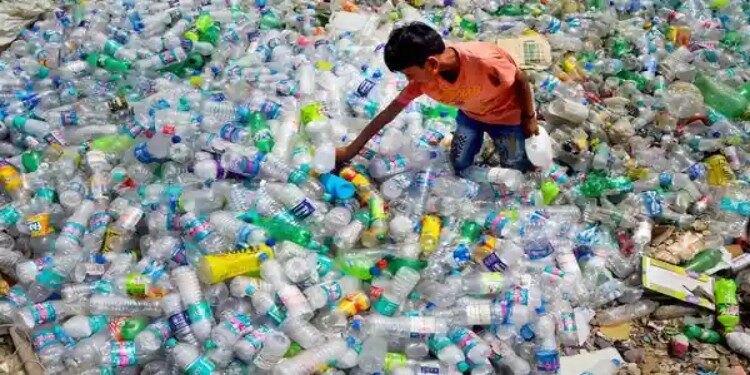 Recycling is the best choice for plastic, but the process and systemization are still being developed. Although there are very few recycling facilities, the plastic production model is quite large and difficult to manage. So a restriction on single-use plastic would be beneficial. To reap the rewards of the prohibition, the government needs to educate the populace and business organizations.

In News: The Centre has defined a list of single-use plastic items that are banned from July 1st, 2022.

Placing it in syllabus: Environment

Threats from usage of single use plastics-

The items that are being banned-

The Union environment ministry notified the Plastic Waste Management (Amendment) Rules, 2021, under the Environment Protection (EP) Act on August 12, 2021. There are different penalties for companies, organisations, and government departments under the Act for violation of rules.

Why are these items being banned?

States such as Maharashtra have their legislation prohibiting single-use plastic products. However, such bans were ineffective earlier because transport of single-use plastic and trade across the borders could not be stopped and that a national ban provides much more power to states.

Enforcement of the Ban-

Global response against the use of plastic-