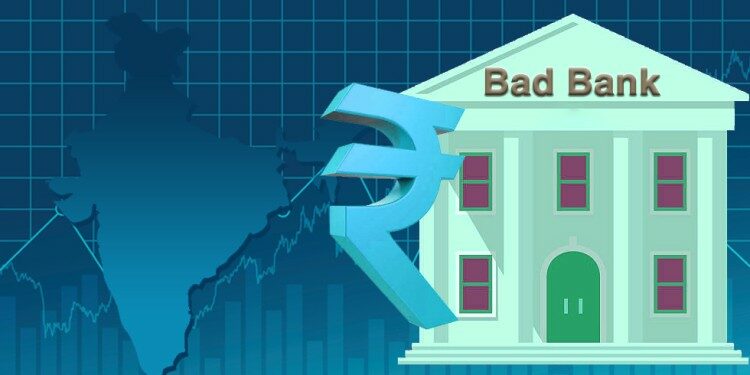 The Union Cabinet on Wednesday approved a ₹30,600-crore backstop facility for guaranteeing securities to be issued by the National Asset Reconstruction Company Ltd. (NARCL), the so-called ‘bad bank’ that is being set up to help aggregate and consolidate lenders’ non-performing assets (NPAs) or bad loans. Will the new financial entity help to solve the problem of non-performing assets or bad loans?

In news: What is the need for a ‘bad bank’?
Placing it in syllabus: Economy

What is a bad bank?

Non Performing Loans and the extraction of better value from them

The panel under the chairmanship of PNB non-executive chairman Sunil Mehta had recommended a five-pronged approach in Project “Sashakt” consisting of the following:

Asset-trading platform for both performing and non-performing assets.

Performance of IBC so far:

Mould your thought: Discuss the need for setting up a bad bank for the Indian economy. How does the sovereign guarantee affect the performance of the bad bank?