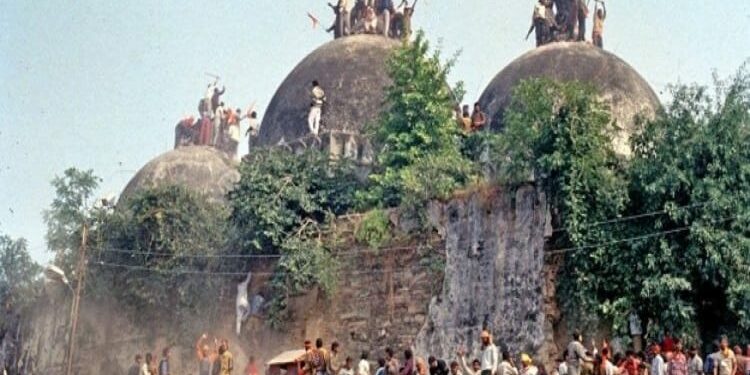 The recent verdict on Babri masjid dispute has once again called into question the capability of the institution of CBI. It is important to know the history of the case as well as stages it went through to reach the final judgement.

Criticisms of the ruling:

1949: Lord Ram’s idol was secretly placed inside the mosque.

1950: Paramahansa Ramachandra Das files a suit for continuation of pooja and keeping idols in the structure.

1959: Nirmohi Akhara files the third suit, seeking direction to hand over charge of the disputed site.

1961: UP Sunni Central Wakf Board files the fourth suit for declaration and possession and fifth in 1989 in the name of Ram Lalla.

1986: Based on the orders of a district judge in Faizabad Hindus were allowed to enter and pray in front of the idol.

1989: The four suits pending were transferred to the High Court.

1990: First attempt by VHP to demolish Babri foiled by Janta Dal Government in Uttar Pradesh. BJP President LK Advani conducts a rath yatra across the country in a bid to garner support from the people to build a Ram Temple at the disputed site. VHP volunteers partially damaged the Babri Masjid.

30 October 1990: UP CM Mulayam Singh Yadav ordered the police to open fire at the Hindutva mob which was marching towards Babri Masjid, which led to the death of 16 kar sevaks.

1992:  Babri Masjid was demolished by Karsevaks.

October 1993: The CBI filed a consolidated charge sheet, including for FIR 198, as the two cases were intrinsically related.

May 20, 2010:  Advani, others absolved of conspiracy charges

February, 2011: CBI moves Supreme Court and argues that “the actual demolition of the Babri Masjid and the continuous assault on media persons form a single connected transaction and can well be a concerted conspiracy.”

March 23, 2017: A Supreme Court Bench of Justices P.C. Ghose and Rohinton Nariman posted for detailed hearing the CBI appeal against the dropping of the criminal conspiracy charge against L.K. Advani and other top party leaders.

November 9, 2019: Temple at disputed site, alternative land for mosque, rules Supreme Court. However it called the obliteration of the Islamic structure an egregious violation of the rule of law.


The Congress-led Central government set up a commission in 1992 under Justice Manmohan Singh Liberhan, then a sitting judge of the Punjab & Haryana High Court, to investigate the events that led up to it and identify the people involved. The commission got 48 extensions and became the longest running inquiry in Indian history. It submitted its report to then Prime Minister Manmohan Singh on 30 June 2009.The failure of the state administration to prevent the demolition, and alleged complicity in the sequence of events is central to the Liberhan report.

It recommended that a government formed on the premise of religion or which has religious issues on its political agenda must be barred.