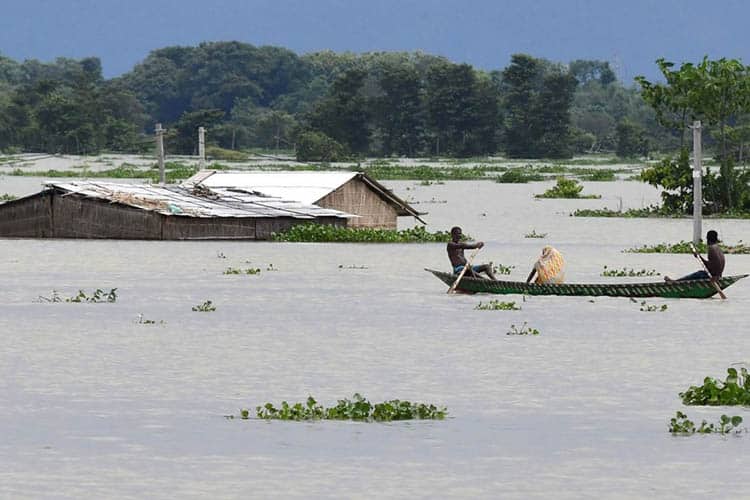 A fresh wave of floods has ravaged Assam, killing 73 and affecting nearly 40 lakh people across the state, 85% of the Kaziranga National Park and Tiger Reserve (KNPTR) remains submerged. Yet, the annual deluge is considered essential for the survival of the UNESCO World Heritage Site.

Assam is traditionally flood prone, and the 1,055 sq km KNPTR, sandwiched between the Brahmaputra river and the Karbi Anglong Hills is no exception. Among experts there is a consensus that floods are necessary for Kaziranga by virtue of its ecosystem. It is a riverine ecosystem, not a solid landmass-based ecosystem and hence it won’t survive without water. The entire area of Kaziranga, formed by alluvial deposits from the Brahmaputra and its tributaries, is centred around the river.

The regenerative nature of floods helps replenish Kaziranga’s water bodies and maintain its landscape, a mix of wetlands, grasslands and semi-evergreen deciduous forests. The floodwaters also function as a breeding ground for fish and help get rid of unwanted plants such as water hyacinth which collect in huge masses. In a herbivore-dominated area like Kaziranga, it is important to maintain its grassland status. If it were not for the annual floods, the area would become a woodland.

However earlier, a big flood would come once in ten years. Now, they happen every other year. Massive deforestation in catchment areas or release of waters by dams upstream may be contributory factors. Climate change models also predict that floods will become increasingly devastating with each year.

Assam with its vast network of rivers is prone to natural disasters like flood and erosion which has a negative impact on overall development of the state. The Brahmaputra and Barak River with more than 50 tributaries feeding them, causes the flood devastation in the monsoon period each year.