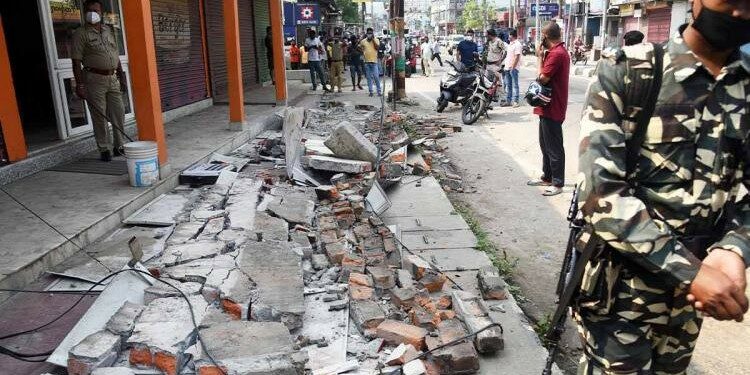 In News: Recently an earthquake of magnitude 6.4 on the Richter scale hit Assam which caused loss of lives and property. 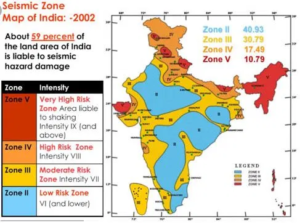 Zone II: This is seismically the least active region. It covers parts of India that are not included in Zone III, IV and V.

Zone IV: It covers parts of Jammu and Kashmir and Himachal Pradesh, National Capital Territory (NCT) of Delhi, Sikkim, Northern parts of Uttar Pradesh, Bihar and West Bengal, parts of Gujarat and small portions of Maharashtra near the west coast and Rajasthan.

Zone V: This is seismically the most active region. Parts of the Himalayan boundary in North and Northeast India, the Kutch area in the West falls here. Remaining parts of Jammu and Kashmir, Himachal Pradesh, Uttarakhand, part of North Bihar and Andaman and the Nicobar Islands are included.