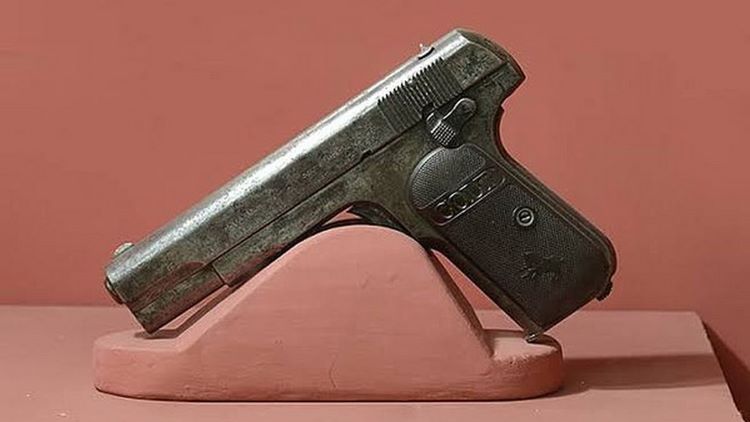 Manifest pedagogy: Possession of firearms by civilians is for self defence and it should not lead to law and order problems. The growing gun culture across the globe has jeopardised the internal security of few countries. One has to read this topic along with the western gun culture for Mains.

Placing it in syllabus: Internal security

(i) forcefully taking a firearm from police or armed forces

Statistics suggest licensed firearms hardly contribute to gun crimes in the country. According to the NCRB data, only 2.8 per cent, of the 37,116 firearms seized under the Arms Act in 2016 were licensed/ factory-made. Of the total 3,775 firearm-related murders in 2016, over 90 percent saw the use of unlicensed weapons.

The problem of the large cache of weapons that insurgent groups have managed to seize from security forces is not addressed. E.g In Chhattisgarh, Maoists have looted approximately 1,000 automatic and semi-automatic weapons from law enforcement agencies.

Cutting down the number of weapons shooters can possess will restrict access to the basic firearms used for their initial training. Shooting sport has three main disciplines-rifle, shotgun and handgun. If shooters are permitted to hold only one weapon, it will restrict their choices insofar as the disciplines they would want to take up.

The governments of some states bordering Pakistan are worried about the impact of the proposed curbs on firearms. Punjab CM during the inauguration of the Kartarpur Corridor had argued that since Pakistan was trying to foment fresh trouble in Punjab, the restrictions on firearms held by individuals should be put on hold.

In their recommendations to the MHA, some firearm owners have also underscored the cultural value weapons hold for ‘martial communities’. E.g. Shastra (weapons) puja on Dussehra.