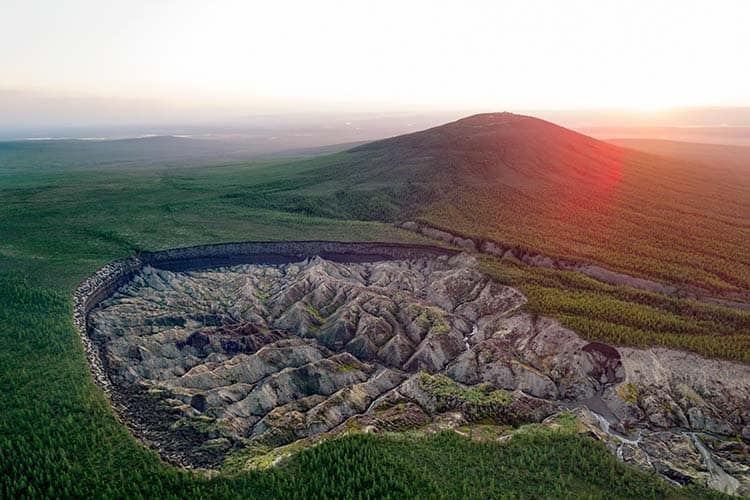 Russia’s state environmental watchdog said that metals giant Norilsk Nickel should pay an unprecedented $2 billion in damages over a huge Arctic fuel spill. Rosprirodnadzor sent a request for “voluntary compensation” to a subsidiary of Norilsk Nickel, NTEK, estimating the damage to Arctic subsoil and water resources at 147.8 billion rubles ($2.05 billion).

Major fuel spill in Russia’s north spread towards the Arctic ocean. The diesel spill has released about half as much petroleum into the environment as the Exxon Valdez tanker accident in Alaska. So far about 21,000 tonnes have contaminated the Ambarnaya river and surrounding subsoil. The environmental disaster is unfolding far to the north of the Arctic Circle, in a marshy wilderness near the isolated mining city of Norilsk.

The principal reason that led to the recent 20,000-tonne oil leak at an Arctic region power plant in Russia that is now being recognised is the sinking of ground surface due to permafrost thaw. The thermoelectric plant at Norilsk, 3,000 km northeast of Moscow, is built entirely on permafrost, whose weakening over the years due to climate change caused the pillars supporting a fuel tank at the plant to sink

Permafrost is ground that remains completely frozen at 0 degrees Celsius or below for at least two years. It is defined solely based on temperature and duration. The permanently frozen ground, consisting of soil, sand, and rock held together by ice, is believed to have formed during glacial periods dating several millennia. These grounds are known to be below 22% of the land surface on Earth, mostly in polar zones and regions with high mountains.

The Earth’s polar and high altitude regions — its principal permafrost reservoirs — are the most threatened by climate change. According to the USA’s National Oceanic and Atmospheric Administration, Arctic regions are warming twice as fast compared to the rest of the planet, its current rate of temperature change being the highest in 2,000 years.

As temperatures rise, the binding ice in permafrost melts, making the ground unstable and leading to massive potholes, landslides, and floods. The sinking effect causes damage to key infrastructure such as roads, railway lines, buildings, power lines and pipelines that serve more than 3.5 crore people that live in permafrost regions. These changes also threaten the survival of indigenous people, as well as Arctic animals.

Beneath its surface, permafrost contains large quantities of organic leftover from thousands of years prior — dead remains of plants, animals, and microorganisms that got frozen before they could rot. It also holds a massive trove of pathogens.

When permafrost thaws, microbes start decomposing this carbon matter, releasing greenhouse gases like methane and carbon dioxide. Along with greenhouse houses, these grounds could also release ancient bacteria and viruses into the atmosphere as they unfreeze.