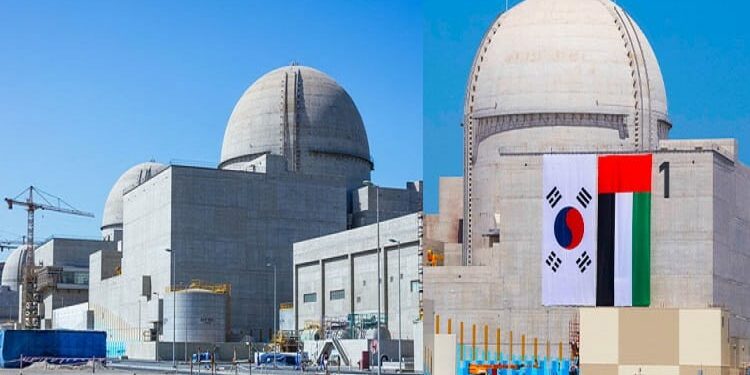 The United Arab Emirates has launched operations at the Arab world’s first nuclear power plant, on the Gulf coast just east of Qatar. Nuclear fission has begun in one of four reactors at the Barakah plant, which uses South Korean technology. The plant was due to open in 2017 but start-up was delayed due to safety requirements.

The oil-rich UAE wants Barakah to meet a quarter of its energy needs, as it adopts more sustainable energy sources. Qatar has called the Barakah plant a “flagrant threat to regional peace and environment”. Qatar is a bitter regional rival of the UAE and Saudi Arabia. In a statement the plant’s developer the Emirates Nuclear Energy Corporation (ENEC) said it was committed to the “highest standards of safety and security” and that the plant would play an important role diversifying and decarbonising the economy.

The Barakah plant will supply clean baseload electricity to the grid – complementing intermittent renewable sources of energy such as solar and wind, which are not able to generate electricity on a continuous basis. It will provide up to 25% of the UAE’s electricity needs once fully operational and will help prevent the release of 21 million tons of carbon emissions, equivalent to removing 3.2 millions cars off the road annually.

The Barakah plant was developed by ENEC and Korea Electric Power Corporation (KEPCO). Energy will be generated by 1,400-megawatt pressurised water reactors, designed in South Korea, called APR-1400. The International Atomic Energy Agency (IAEA) – the nuclear industry’s main oversight body has praised Barakh that it is an important milestone towards commercial operations and generating clean energy. The UAE started loading fuel rods into the reactor at Barakah in February, after regulators gave the green light for the first of the plant’s four reactors, opening the way for commercial operations.