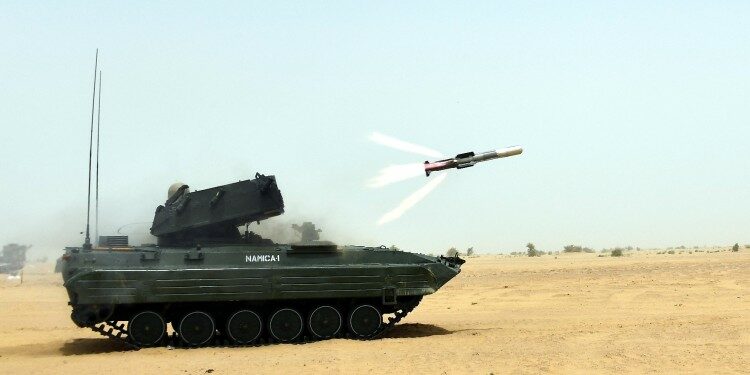 Recently, the final user trial of 3rd generation Anti Tank Guided Missile (ATGM) NAG was carried out from the Pokhran range. This was launched from NAG Missile Carrier NAMICA