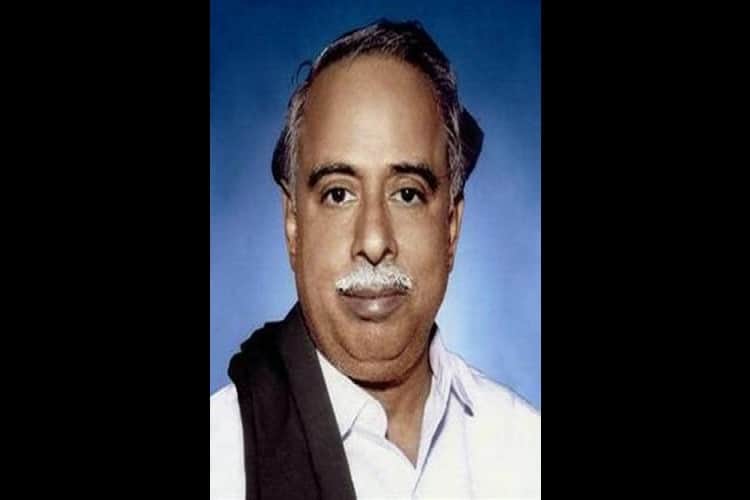 Annadurai is a name that has been the driving force behind the Tamil Nadu politics ever since 1967 when the DMK was voted to rule the state defeating the Congress party that had held sway since Independence in 1947. Anna founded the Dravida Munnetra Kazhagam (DMK) in 1949 after he broke away from the Dravida Kazagam (DK) floated by Periyar E.V.Ramasamy Naicker as a social reformist outfit. Anna’s decision to part ways with his mentor Thanthai Periyar was prompted by the latter’s demand for a separate state of Tamil Nadu outside the Indian Union.

Annadurai was well known for his oratorical skills and was an acclaimed writer in the Tamil language. He scripted and acted in several plays. He also wrote for magazines such as Dravida Nadu and Periyar’s Kudiyarasu. His first short story Kokkarokko was published in the Ananda Vikatan magazine in 1934. Much of his writing revolved around social justice themes. He was the first politician from the Dravidian parties to use Tamil cinema extensively for political propaganda. Born in a middle-class family, Annadurai first worked as a school teacher, then moved into the political scene of the Madras Presidency as a journalist. He edited several political journals and enrolled as a member of the Dravidar Kazhagam. As an ardent follower of Periyar E.V.Ramasamy, he rose in stature as a prominent member of the party.

The DMK initially followed ideologies the same as the mother party, Dravidar Kazhagam. In the 1940s, Annadurai began to promote the notion that India was a continent that should be fractionated into different countries. He famously brought the demand into Parliament while serving as a Rajya Sabha member between 1962 and 1967. A strong advocate for a separate Tamil country, Annadurai’s debut Rajya Sabha speech centred on the demand in 1962. But with the evolution of national politics and the constitution of India after the Sino-Indian war in 1962, Annadurai dropped the claim for an independent Dravida Nadu.

Various protests against the ruling Congress government took him to prison on several occasions; the last of which was during the Madras anti-Hindi agitation of 1965. The agitation itself helped Annadurai to gain popular support for his party. His party won a landslide victory in the 1967 state elections. His cabinet was the youngest at that time in India. He legalised self-respect marriages, enforced a two language policy (in preference to the three language formula in other southern states), implemented subsidies for rice, and renamed Madras State to Tamil Nadu.

However, he died of cancer just two years into office. His funeral had the highest attendance of any to that date which had also been mentioned in Guinness world of Book Records. Several institutions and organisations are named after him. A splinter party launched by M.G.Ramachandran in 1972 was named after him as All India Anna Dravida Munnetra Kazhagam.