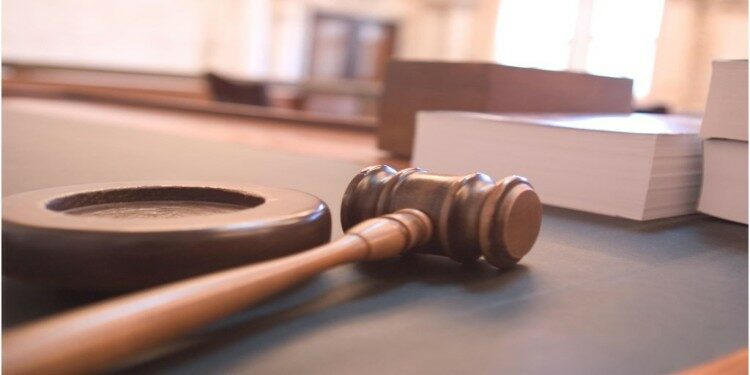 The Ministry of Home Affairs (MHA) amended foreign funding rules giving certain relaxations such as allowing relatives to send more money under the Foreign Contribution Regulation Act (FCRA) and giving more time to the organizations to inform the government about opening of bank accounts for utilization of funds received under ‘registration’ or ‘prior permission’ category. These changes are a mixed bag, though it is with the noble objective to prevent usage of foreign funding against the interest of the nation, at the same time it can be misused by the government to curb any criticism or dissent.

In News: The Central government has made seven amendments to existing rules of the Foreign Contribution (Regulation) Act (FCRA) rules 2011 recently.

Placing it in the Syllabus: Polity and Governance

In 2015, the MHA notified new rules, which required NGOs to give an undertaking that the acceptance of foreign funds is not likely to prejudicially affect the sovereignty and integrity of India or impact friendly relations with any foreign state and does not disrupt communal harmony.

It also said all such NGOs would have to operate accounts in either nationalized or private banks which have core banking facilities to allow security agencies access on a real-time basis.

Members of the legislature and political parties, government officials, judges and media persons are prohibited from receiving any foreign contribution.

Changes in the FCRA rules- 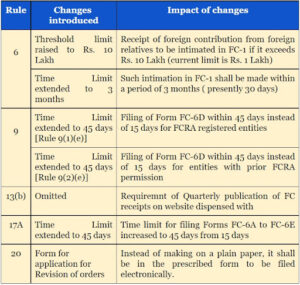 Significance of these changes-

Discuss the recent Amendments to rules of the Foreign Contribution Regulation Act. Evaluate how it will impact the foreing funding environment in the country. ( 250 words)