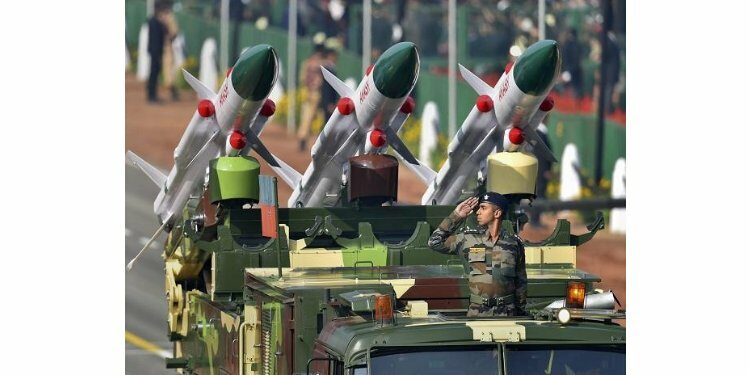 In order to  boost domestic manufacturing, the Union Cabinet Approves Export of Akash Missile System and Creates a Committee for faster Approval of Exports

Committee to fasten the exports

Significance of the decision

So far, Indian defence exports included parts/components etc. The export of big platforms was minimal. This initiative of the Cabinet would help the country to improve its defence products and make them globally competitive.The export version of Akash will be different from System currently deployed with Indian Armed Forces.

Need for Strategy for Export of Defence Products

The Ministry of Commerce & Industry already has an overall Export Policy in the form of Foreign Trade Policy (FTP), which, inter-alia, includes various export promotion schemes, duty/ tax exemptions and other facilitative measures.

Therefore, there may not be a need for having a separate Defence Export Policy. Instead, there is a need to put in place a specific strategy for encouraging defence exports within the overall ambit of FTP. The strategy may include measures required for promotion/ facilitation of defence exports through institutional mechanisms and streamlining the process of issuing NOC/ clearance for export of military stores.

Accordingly, following strategy would be adopted to encourage export of defence products.

Who manufactures Akash?
The missile system is designed and developed by DRDO. But Bharat Dynamics (BDL) manufacturer the missiles, while Bharat Electronics produces its hi-tech ‘Rajendra phased array radar’.

What is Akash missile’s range and capability?
The nuclear-capable missile can fly at a speed of up to Mach 2.5 (nearly 860 meter per second) at a maximum height of 18 km. It can strike enemy aerial targets like fighter jets, drones, cruise missiles, air-to-surface missiles as well as ballistic missiles from a distance of 30 km.