Pigs in Mon, Kiphire and Phek districts of Nagaland were affected by African Swine Fever, recently 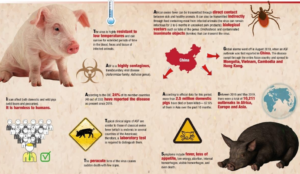 Routes of transmission can include: