Activities in the Sun During Passive Period 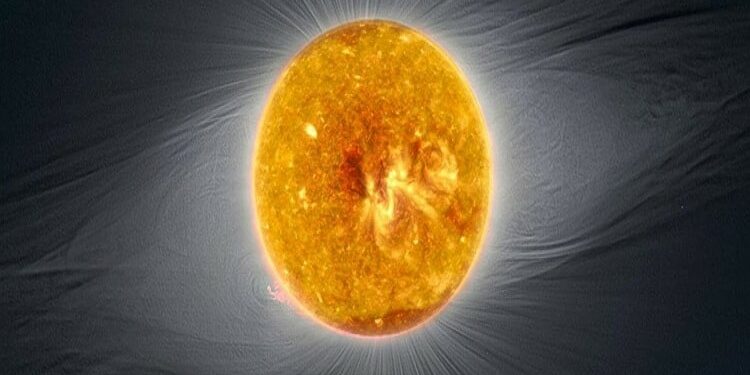 Solar activity varies in 11-year cycles. As the activity cycle switches to a new one, the Sun is usually very calm for several years. For a long time, researchers have believed that there is not much of interest going on in the Sun during the passive period, therefore not worth studying. Now a new research work has shown this to be false.

Activities in the Sun During Passive Period

The assumption is shown to be false by researchers at Metsahovi Radio Observatory in Finland, in their peer-reviewed research article published in Solar Physics. The researchers reached their conclusion by examining the solar radio maps detected by the Metsahovi Radio Observatory and comparing them with the data collected by a satellite observing the Sun in the ultraviolet range.

The solar maps showed active areas, or radio brightenings, which can be observed on the maps as hotter areas than the rest of the solar surface. According to researchers, there are three explanations for radio brightenings. First, some brightenings were observed in the polar areas on the solar maps that could be identified as coronal holes. Particle flows, or solar winds, ejected by coronal holes can cause auroras when they reach the Earth’s atmosphere. The corona is the outer atmosphere of the Sun.

Additional observations and research are also needed to predict whether the phenomena of the solar minimum indicate something about the next active period, about its onset and intensity, for example. Each one of the last four cycles has been weaker than the previous one. Researchers do not know why the activity curves do not rise as high as during the previous cycles. On Earth, solar activity can be seen as auroras, for example. Solar activity can even cause major damage, as solar storms caused by solar flares can damage satellites, electricity networks and radio frequency communications. The research helps to prepare for such damage.

Located in Kirkkonummi, Finland, Aalto University Metsahovi is the only astronomical radio observatory and continuously operational astronomical observation station in Finland. Metsahovi is internationally known for its unique, continuous datasets, including a solar monitoring programme spanning over 40 years that has collected data from scientifically very interesting high radio frequencies. This is possible thanks to the exceptionally precise mirror surface of the Metsahovi radio telescope.