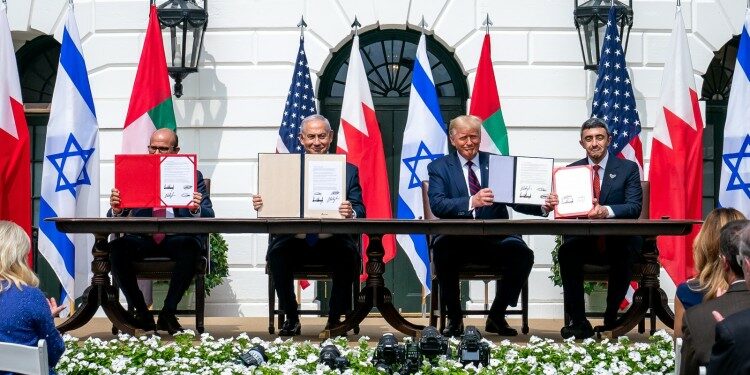 The recent visit by the Indian Air Force chief, Air Chief Marshal R.K. Bhadauria, to Israel offers a window to study how New Delhi is taking advantage of the Abraham Accords deal signed between Israel and a consortium of Arab States led by the United Arab Emirates (UAE) in 2020.

In news: The Abraham Accords as India’s West Asia bridge
Placing it in syllabus: Foreign Affairs

What is the accord?

Changing Dynamics in India’s relations in the Middle East

India has always adopted a dehyphenation policy while dealing with Israel and the Arab world.

Mould your thought: Israeli foray into the Gulf has the potential to disrupt the existing politico-economic architecture India has carefully built with the GCC states. Evaluate.