In news– A team of researchers have made great progress in unravelling on why glaciers in the Karakoram Range of Central-South Asia have not been as affected by climate change as others & referred to it as Karakoram Anomaly.

What is Karakoram Anomaly? 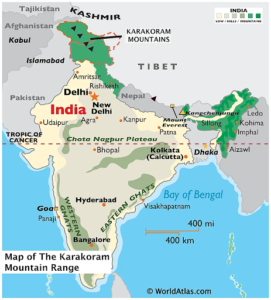