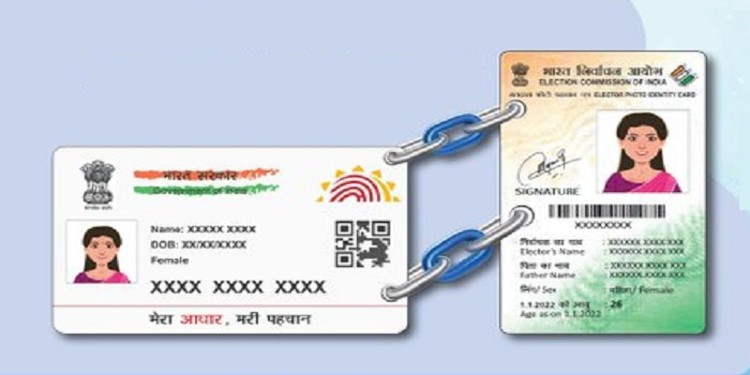 The Election Commission of India (ECI) has launched a drive to link voter identity cards with Aadhaar cards. This is to ensure weeding out of bogus voters and streamline the voter ecosystem. But at the same time it goes against the spirit of Supreme court judgement.The right to vote is a Constitutional right, and it mustn’t be denied to citizens without rigorous due process and just cause. So, the impending big change to our electoral rolls should be foolproof and abuse-proof.

In News:ECI has clarified that linking Aadhaar with Voter ID in Form-6B is completely voluntary.

As per the ECI, the aim of the exercise is to establish the identity of electors and authenticate entries in the electoral roll as well as to identify if the same person is registered in more than one constituency or more than once in the same constituency.

Why does the government want this?

Is the linking of Aadhaar with one’s Voter ID mandatory?

Issues associated with linking of Aadhaar to the Voter ID

What are the operational difficulties?