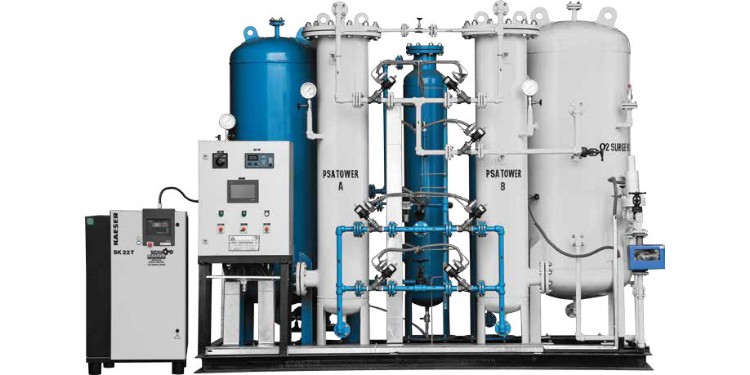 This mechanism will further strengthen the public health system and enable long term systematic augmentation of medical oxygen availability in a cost effective manner. Adequate and uninterrupted supply of oxygen is an essential pre-requisite for managing moderate and severe cases of COVID -19, in addition to various other medical conditions where this need arises. Installation of PSA Oxygen Concentrator Plants in public health facilities is an important step to reduce the health facility’s dependence on the system of store and supply and to enable these facilities to have their own oxygen generation capacity.

What is Pressure swing adsorption (PSA)?

It is a technology used to separate some gas species from a mixture of gases under pressure according to the species’ molecular characteristics and affinity for an adsorbent material. It operates at near-ambient temperatures and differs significantly from cryogenic distillation techniques of gas separation

As you know air contains 21% Oxygen, 78% Nitrogen, 0.9% Argon and 0.1% other trace gases. An Oxygen generator separates this oxygen from Compressed Air through a unique process called Pressure Swing Adsorption. (PSA).

The Pressure Swing Adsorption process for the generation of enriched oxygen gas from ambient air utilises the ability of a synthetic Zeolite Molecular Sieve to absorb mainly nitrogen. While nitrogen concentrates in the pore system of the Zeolite, Oxygen Gas is produced as a product.

About PM CARES Fund
Keeping in mind the need for having a dedicated fund with the primary objective of dealing with any kind of emergency or distress situation, like posed by the COVID-19 pandemic, and to provide relief to the affected, a public charitable trust under the name of ‘Prime Minister’s Citizen Assistance and Relief in Emergency Situations Fund (PM CARES Fund)’ has been set up. PM CARES Fund has been registered as a Public Charitable Trust. The trust deed of PM CARES Fund has been registered under the Registration Act, 1908 at New Delhi on 27th March, 2020.
Objectives :

Constitution of the Trust :